Game of Thrones now a starring film role for Isaac 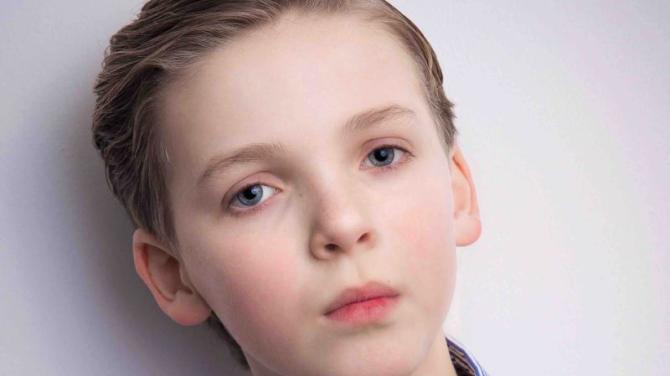 A YOUNG Banbridge actor has landed a starring role in a new Northern-Ireland-based film.

Cinemagic is the award-winning Northern Ireland-based film and television charity for young people.

The film is about Hollywood big shot, Josh Jenkins, who sweeps into Belfast to make a movie but before long his world crashes and he loses everything.

Lily, the hotel cleaner, invites him to stay with her crazy family and gradually the people of this ‘strange’ city touch his heart, forever.

Isaac (left) pictured at the premiere with Savanna Burney Keatings who plays Grace and Maitiu McGibbon who plays Kayne.

It is a powerful story of how one man’s Goliath ego is brought down by one single blow of Grace.

Isaac’s character Billy is Grace’s older brother in the film and the Banbridge actor says he enjoyed creating his cheeky personality.

He said: “He gets into trouble sometimes and is very protective of his brother and sister and is obviously devastated when his sister Grace takes sick.”

Isaac is no stranger to our screens and is best known for playing Seamie Brady in the BBC drama series My Mother and other Strangers directed by Adrian Shergold.

His other film credits include The Music Room directed by Mick Gordon and Quiet, a short film that focuses on the struggles of male mental health and is directed by Don McCamphill.

He has also recently finished filming a role in the eighth and final series of Game of Thrones.

Isaac also attended the world premiere of Grace and Goliath at the SSE Arena in Belfast which marked the official launch of this year’s Cinemagic Film Festival.

The Banbridge actor says a particular highlight of filming was being in Windsor Park.

“I also enjoyed filming at Carrick-a-Rede rope bridge because the views were so amazing.”

During the production of Grace and Goliath, 50 aspiring filmmakers aged from 17 to 25, from Northern Ireland, Republic of Ireland and Los Angeles were given the chance to take part in a six-week training programme under the guidance of British/Canadian director Tony Mitchell.

The aspiring young film-makers got practical experience in a range of disciplines from directing and production right through to costume, make-up, sound, lighting and music composition. Significantly, as a result of their input, they also gained their first ever credit on a feature film.

Isaac says he was initially surprised when he got the part, adding: “I was then really excited to be a part of this film and I really liked the character of Billy Robert because of his humour and cheeky personality.”

Isaac also spoke about what appeal the film has for an audience which has already received rave reviews from the critics.

“I think this film really shows the power of people when they come together to help one another. It shows how precious life can be and how your circumstances can change in an instant,” Isaac added.

Grace and Goliath has a home-grown cast as well as cameos from Ciarán Hinds, Suranne Jones, Sally Lindsay and Bronagh Waugh.

Director Tony Mitchell, who has lived in Northern Ireland for the last 10 years, explained why he wanted to get involved with Grace and Goliath.

He said: “In addition to the film’s redemptive storyline I felt the time was right to show a modern, progressive Belfast and breakaway from its historical ‘troubled’ past.

“As a ‘blow-in’ I see it differently and wanted to use that to focus on its beauty and less on its division.”

Joan Burney Keatings MBE, producer and executive producer of Grace and Goliath and Chief Executive of Cinemagic said: “We are thrilled with the excitement and positive feedback, both locally and internationally, for our latest feature film Grace and Goliath.”

Grace and Goliath (Cert PG) opened in cinemas on Friday (5 October) and will be shown in Omniplex Banbridge and IMC Banbridge. A series of school screenings will also be available across cinemas in Northern Ireland.