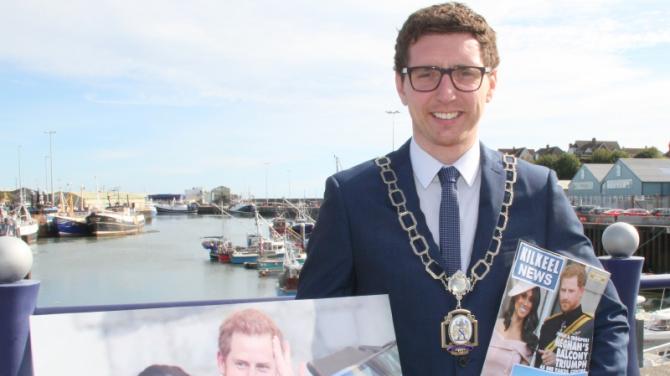 It is hoped that the Baron and Baroness of Kilkeel might delay their visit to their namesake town until after their baby is born.

Their Royal Highnesses The Duke and Duchess of Sussex announced their happy news on Monday that the Duchess is expecting their first child in spring 2019.

The announcement was made as the couple, who married in May, arrived in Sydney ahead of a 16-day tour of Australia and New Zealand.

Congratulating the couple, Alan Knox, President of Kilkeel Chamber of Commerce, has extended the invitation to the harbour town to include their little one!

“We would love to welcome them to the area later in the New Year with their arrival!” he said.

The Duke and Duchess of Sussex made their first visit to their another namesake county of Sussex two weeks ago leading to heightened hope from locals eagerly awaiting a visit.

The Queen had bestowed the new title Baron Harry and Baroness Meghan of Kilkeel as a gift on the day of their wedding.