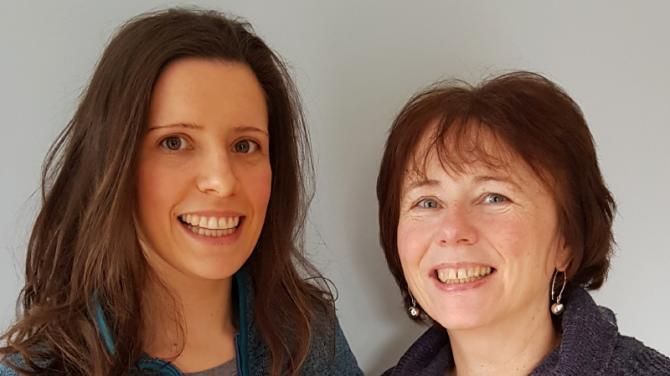 Banbridge Maternity Hospital is still remembered fondly by the mothers who give birth there.

Almost 28,000 babies were born in the unit over its 54-year life and Jennifer Toal’s daughter Emma was the last baby girl to be born before the maternity ward closed on 31 October 1988.

Remembering back, Jennifer says Emma was born at 4am on 20 October 1988.

“Back then you stayed in hospital for a week. I had my first child in the maternity unit the year before, there is literally less than a year between them, one day shorter than a year.”

Jennifer, who lived near Scarva at the time, said she was aware that the maternity unit was closing as her due date approached.

“I did know it was closing but did not realise that I would be one of the last mothers to give birth there. I think I was sent to Craigavon for consultant appointments but because it was a normal birth, I was allowed to give birth in Banbridge.

“Things were so different back then, the week-long stay could be described as like a hotel break! The mothers all ate together in the dining hall and we all interacted with each other. It was a really fantastic experience.

“I had another child in Craigavon after Emma and, for me, you could not compare the experiences. I would have taken all of the staff home with me if I could, they were amazing. Sister Beck stayed with me the whole time my babies were being born,” said Jennifer, who now lives in Killyleagh.

Jennifer Toal and daughter Emma who was the last baby girl born in Banbridge Maternity Unit and (right) mother and daughter pictured now. The new mum is pictured back in 1988 with Sister Beck and Councillor Sam Cowan, chairman of the District Council. The other mother is Christine Bickerstaff with son Richard - the last boy born on the ward.

Emma is now a mother to two children and lives in Waringstown with her husband.

Her mum said Emma still has a teddy given to her by the hospital.

“That week of the closure the nurses were so busy with it closing down, they had people coming in with cameras, flowers were being given out and Emma received a pink teddy as a memory of being one of the last babies born at the hospital.

“It was so sad that it was closed down as it was the end of an era, but it was nice to be part of it,” said Jennifer.