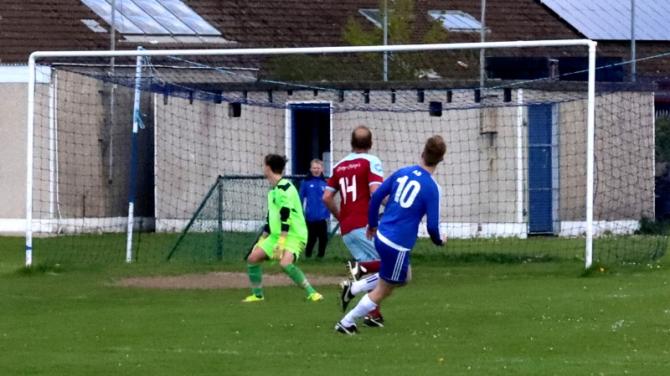 ANNALONG moved within touching distance of the league title with an emphatic win over a disappointing Moira side with skipper Stephen Burden bagging a double hat-trick.

Indeed it was Burden who opened the scoring when he was found in the box by Ricky Graham who burst through on the left and had a simple task of side-footing home. Surprisingly Moira levelled matters with a fine header from a corner but their joy was short-lived as straight from the kick-off Burden slotted the ball home. Mark Newell added a third with a well-placed free kick and Lee Feeney added No. 4 when he rounded the keeper to tap the ball home. Another fine piece of football resulted in Nathan Mills teeing up Burden for his hat-trick and just before half-time Burden added his side's sixth goal.

Mills again turned provider two minutes into the second half when he found Graham and the big forward made no mistake for No. 7. It was soon eight when Mills again combined with Graham and when he was pulled down he dusted himself off to score the resultant penalty. At this stage Willie Gordon was introduced to the game in place of Feeney, and after he had a goal disallowed, he raced on to a through ball to beat the keeper and score his first goal for the first team.

Andrew McCallister who came on for Graham added the tenth goal when he headed home from a pinpoint cross for Jordan Cowen Pue, and Burden completed the scoring with a fine header from a Pue cross and then he raced clear to chip the ball over the keeper.

Annalong now move to the top of the table and need only one point to be confirmed Division 3 champions with three games to go and hope to get past the post on Tuesday evening when they entertain Damolly with Glenavy Youth visiting on Saturday. 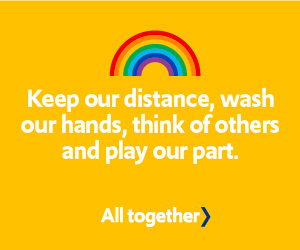