Ulster Bank in talks "to conclude sale" of Rathfriland building 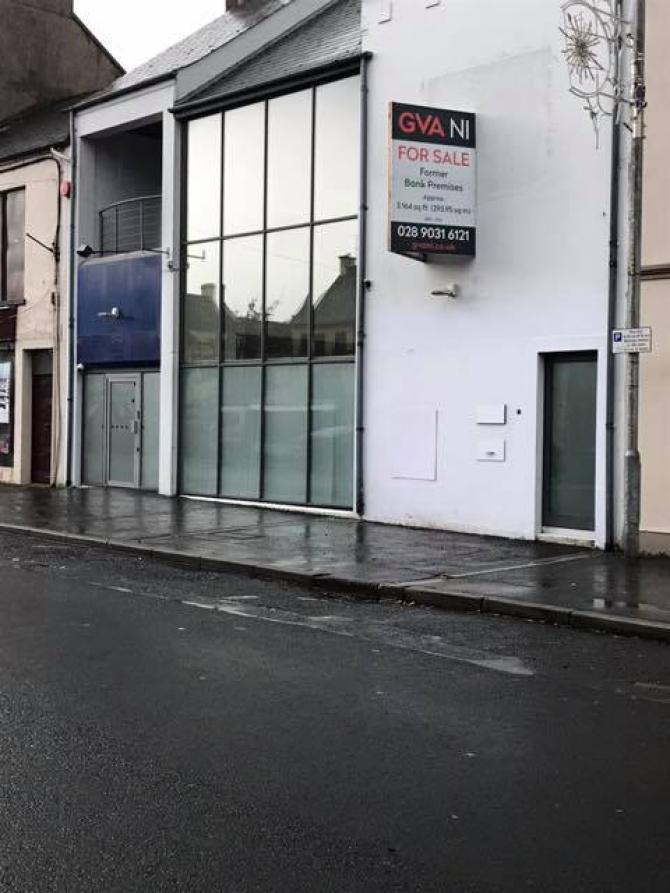 A prospective buyer is in advanced talks with Ulster Bank to buy its vacant building in Rathfriland.

As a consequence of these talks, the town centre's ATM was removed yesterday (Tuesday).

A bank spokesman said: "We are in discussions to conclude this sale in the near future."

The building went on the market at the start of September for offers over £125,000.

Described in promotional literature as a two storey commercial building measuring approximately 3,164 sq ft. The property agent, GVA NI stated that the building is “potentially suitable for a variety of uses subject to any required statutory consents”.

The town’s sole surviving bank closed on 6 June and was replaced with a ‘Bank on Wheels’ service which is in Rathfriland every Monday for 45 minutes.

Ulster Bank intended on maintaining the ATM in town until the sale of the building.

A spokesperson for Ulster Bank said: “When we took the difficult decision to close our Rathfriland branch, we committed to retaining the ATM until the sale of the building. We are in discussions to conclude this sale in the near future, and so in line with this the ATM will be out of service from 20 November.”