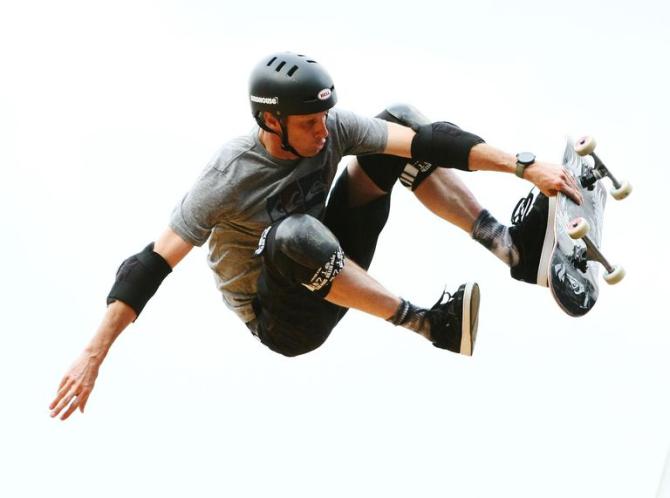 SUGGESTIONS have been put forward for a skate park in Rathfriland.

A number of young people who met with a local councillor said they would like to have somewhere to go to meet up with their friends.

Councillor Glenn Barr organised the meeting in January after complaints of anti-social behaviour in the town.

Last week he again thanked those young people who attended describing it as a “very valuable meeting”.

“They want somewhere to go to hang out. They said that there is a skate park in Banbridge and they would like something similar here,” said the UUP councillor.

“Obviously Rathfriland is a smaller town and getting a venue for it, along with other issues, would need to be factored in.

“The location will have to be explored and given how long it took to get the skate park in Banbridge, I explained to them that it will not happen tomorrow and they understood that.”

SDLP Councillor Seamus Doyle agreed that if a suitable location could be found, he would welcome a positive development like this for Rathfriland.

“I would certainly support this. I support the young people coming up with suggestions, if it’s a skate park or something else, then it’s something we should be putting into the council programme,” he said.

“It’s good to hear from the young people about what they would like, rather than us telling them what they can have.”

Councillor Barr said he would be meeting with council officials and would explore the possibilities with other agencies.

He said one suggested location for a possible skate park in Rathfriland would be at the now-defunct astroturf pitch, at the community centre.

Councillor Doyle concurred with this suggestion.

“If that location was suitable and there was no annoyance for residents in the area, then I would be supportive of utilising that and bringing it back into use,” he said.

A spokesperson for Armagh, Banbridge and Craigavon Borough Council said they were “looking at options for future use of the site but at present no decision has been made”.

“The astroturf pitch was an original feature of Rathfriland Community Centre when the facility first opened in 1996. When the pitch was operational it was regularly maintained by the council, as part of the ongoing maintenance of the centre,” the spokesperson.

A possible location for the skate park was suggested as the 'decommissioned' astroturf pitch beside Rathfriland Community Centre which has been used for over six years.

“Following the opening of the state-of-the-art 3G pitch situated at Rathfriland High School in December 2013, the pitch at Rathfriland Community Centre was decommissioned.”

They added that the facility at the high school is used by both the school for educational purposes and is managed by the council for community use in the evenings, weekends and school holidays.