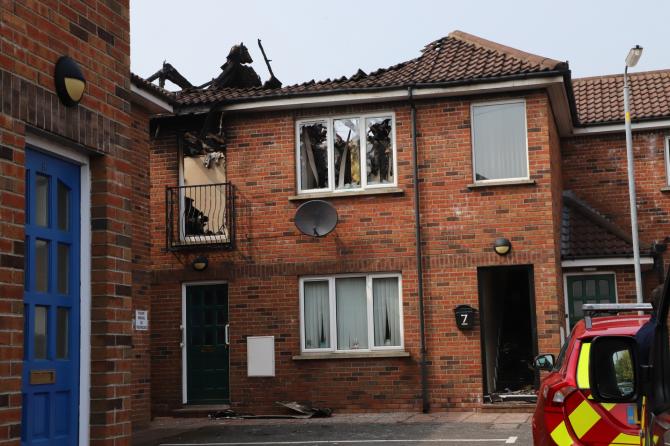 This first-floor flat in Kilkeel was damaged by fire last night (Wednesday).

The blaze, which firefighters believe was deliberate, broke out in the Seamount area flat, off Newry Street, before 11.50pm. No one was in the flat at the time.

Detectives investigating the fire are appealing for information and witnesses.

Detective Sergeant Bell said: "We received a report at 11.50pm of a fire at a flat in the Seamount area.

"Police attended the scene along with the NIFRS who extinguished the blaze. Thankfully, there were no occupants in the flat at the time, however, significant damage was caused to the roof of the property. Damage was also caused to another flat.

"Enquiries are under way to establish the cause of the fire and I would appeal to anyone who was in the area around the time the blaze was reported to us and who saw any suspicious activity to contact detectives at Ardmore on the non-emergency number 101, quoting reference number 1660 of 17/04/19."

Fire and Rescue Service are treating the cause of the fire as deliberate.

* Do you live in the area or did you fear your home could have been affected? To share your experience, contact one of our reporters on 028 4063 0202.