Supermarket plan remains on the shelf 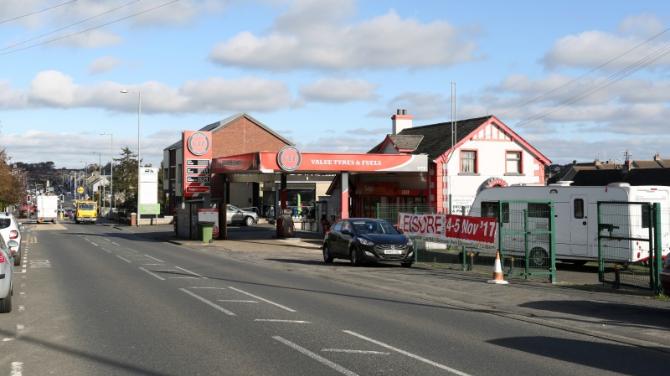 A PLAN to build a £2m supermarket in Banbridge is still on the shelf.

Henderson Retail had applied to build a new store on the former site of the VTF and the Today’s Express store on the Newry Road last September.

It was hoped building of the new “state-of-the-art Eurospar” would have started two months ago but planning permission has still not been granted.

Planning officers with Armagh City, Banbridge and Craigavon Borough Council have yet to give the go-ahead for the project.

Late last year, a company spokesman anticipated that the new store, which would create 30 full and part-time jobs, would open in January 2019.

However as planning permission has not yet been approved, that date is looking increasingly unlikely.

In recent months the council’s planning office has asked the agent for Henderson Retail for more information to be submitted along with the application.

At the beginning of this month, a Retail Impact Assessment (RIA) was submitted in support of the proposed redevelopment of the existing filling station and shops.

This responded to claims that the Newry Road development could harm the town centre trading if granted planning permission. However, the RIA found that the new store would be “well placed to promote shared shopping trips with the town centre”.

The RIA stated that the “rate of retail impact is estimated at -5.2 per cent on Banbridge town centre with the highest impact on individual stores remaining below double digits” and that as “this is not a superstore stocked with multiple product lines capable of competing with the full range of goods sold on the main street”.

“It will not compete with off-licences and pharmacies on the main street of Banbridge,” the assessment said.

The assessment found that the development was needed so “it can better compete with large out-of-centre competition”.

The assessment concluded that the “retail impact associated with this proposed redevelopment of an edge of centre site will not be significantly adverse on Banbridge town centre”.

“Given this the council is respectfully requested to grant planning permission for the redevelopment of this existing retail site,” the assessment said.

The application has come up against some objections from residents in neighbouring Ashgrove Avenue with eight objections and a petition lodged.

It is not yet known when and if planning officers will grant permission for this new development.

Henderson Retail was asked to comment on the delay, however no response was received at the time of going to print.