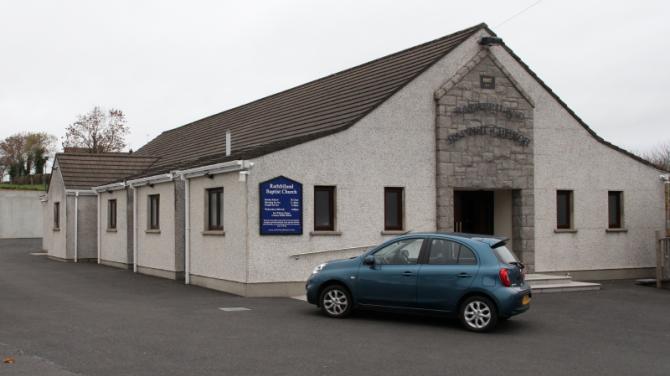 Rathfriland Baptist Church is in the “very early stages” of a new building project.

It comes as the church on the Loughbrickland Road has experienced a boost to its numbers meaning they require more space.

Pastor Ian Wilson said it is a lovely position to be in and welcomed the new members to the church.

He said they are in the “very early stages” of extending the church.

Planning permission for an extension to the existing church to provide a larger church building with ancillary accommodation including a minister’s room, creche, kitchen and toilets was granted by Armagh City, Banbridge and Craigavon Borough Council two months ago.

Pastor Wilson said they may move the church into the new building that has been approved by planning, but that is a long-term goal.

In granting its permission, a council planning officer said council considered the improved development to have a “considerable positive impact” upon the local community of Rathfriland, “making an already significant building even better for the wider community to enjoy”.

The proposed extension is to the back of the church, the new building set furtherest back on the site will be single storey in design.

Double doors from this will lead to an entrance foyer and main hall with two sets of toilets, a disabled WC and a creche room also located off the main hall. The proposed foyer will also connect the new church hall with the existing.

“The proposed extension is not considered to be overbearing on the overall site,” said the planners.

An arson attack caused some damage to Rathfriland Baptist Church back in May 2016.