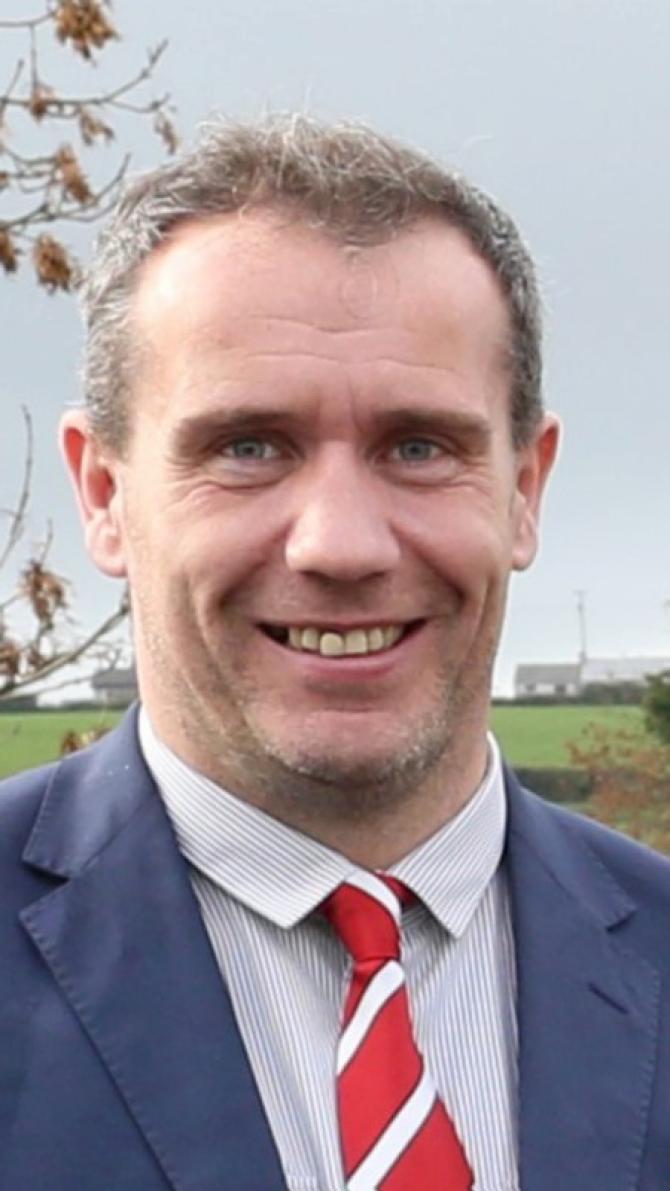 THE loss of a sports programme from primary schools has left children “very disappointed” a local principal has said.

Principal of St Colman’s Primary School in Annaclone, Kevin O’Neill said the Curriculum Sports Programme (CSP) had been a valuable part of their school life.

The CSP saw coaches from the GAA and IFA attend primary schools once a week and was aimed at Primary 1 to Primary 4 pupils.

The programme had been running for over 10 years and received funding from the Department of Education, which last week announced it was unable to find the money to take the programme through the rest of the year.

Those from the GAA and IFA involved in the programme were told it was coming to an immediate end as money had run out. It is believed this will result in the loss of jobs for over 50 coaches involved.

The main aims of the programme included the development of fundamental movement skills, help raise confidence and also provide support to teachers in delivering PE.

A GAA coach visited the Annaclone primary school once a week where they spent two hours.

“Each class would have got 30 to 40 minutes and they focused on the fundamental skills,” said Mr O’Neill.

“The coaches are absolute specialists in what they do. What they taught was very niche.

“There is the expectation now that the teachers will take this up. That is all well and good but we are not specialists in teaching those fundamental skills.

“Our teachers will try and fill the void, we are making a broken system work.”

Mr O’Neill (pictured) said they were “deeply disappointed” in the decision to cut the funding to the programme.

“It was never a permanent fixture, it was always on a 12-month rolling basis,” he said.

“It was a rare, popular initiative which worked for all parties and promoted a love of sport, by people who are passionate about sport.

“The staff, parents and pupils are all gutted. The coaches were brilliant and they were also very good at upskilling the staff.

“We are trying to develop a child fully at school and personal issues, such as well-being are part of this.

“With this programme they are taught discipline, resilience and team work. The effects of this go right into the classroom. The two are not mutually exclusive.

“There is complete disappointment and disillusionment at this decision,” he said.

Similarly, principal of Edenderry Primary School, Mrs Orr said they were “very disappointed” at the decision.

Indeed, after a hiatus from an IFA coach attending the Banbridge school, one had returned just last week.

“We had our first visit from our new IFA coach last Thursday (25 October) and the teachers were delighted,” she said.

“They are so beneficial and their activities are excellent. We found they are very professional and work to a very high standard.

“The work they do with the children is excellent. Not just sporting prowess, but the attention and listening skills they gain and making sure they have the opportunity to have activity in their lives.”

Mrs Orr said it was another example of there being no money for education.

“The bottom line is, it is the children who suffer and that is not the way it should be.

“We would like to think they would reinstate the funding.”

A statement from Ulster GAA said it was “extremely disappointing” to hear the Department had been unable to find “additional in-year funding to continue the programme”.

“Ulster GAA and the Irish FA have worked tirelessly, in partnership, over the last 11 years to deliver the award-winning Curriculum Sports Programme in primary schools,” they said.

“We are well aware of the need to introduce children to physical activity as early as possible in life to tackle many of today’s societal problems, such as obesity and mental health issues.

“Both Ulster GAA and the Irish FA will continue to push for the retention of the programme in the 2019/20 financial year, in the hope that the positive benefits of the initiative to schools will be rightly recognised.”

A statement from the Irish FA echoed the sentiments of Ulster GAA.

“More than 50 staff across the two sports have positively impacted the lives of hundreds of thousands of pupils,” they said.

“The Irish FA and Ulster GAA coaches involved in this programme have provided a vital service both for schools and for broader society. Half the children they work with are girls and they teach pupils from P1 to P4 everything from fundamental movement skills and help inspire a life-long love of sport.

“The Irish FA, along with our colleagues in Ulster GAA, will continue to lobby for the continuation of this programme in the 2019/20 financial year and we will impress on key decision makers the positive benefits that this programme has for pupils, teachers and schools right across Northern Ireland.”

Describing it as “decision making chaos again” Mr O’Neill added: “There is £370m annual bill to fight obesity, with four per cent of schools getting recommended PE time, yet we see the end of the Ulster GAA and Irish FA schools’ programme.

“The decision is so short-sighted it’s unbelievable. There has been no governmental joined-up thinking at all.”