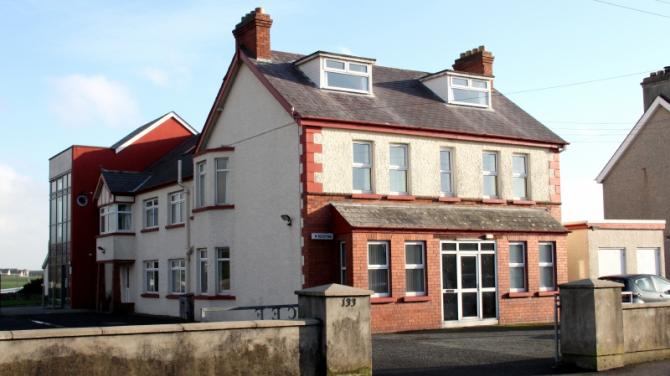 PLANS have been submitted to replace the long-established Seaview Camp and Conference Centre in Kilkeel with a new modern building.

Planning permission for the creation of a replacement camp and conference centre was received by Newry, Mourne and Down District Council’s planning service last month.

The centre is one of two Child Evangelism Fellowship (CEF) centres in Ireland.

It is used on a weekly, monthly and annual basis by a broad range of organisations located within both Newry, Mourne and Down District Council and throughout Ireland. The groups include Kilkeel and Mourne Sea Cadets, Annalong and Ballyvea youth football teams, church groups, youth organisations and schools.

The CEF Ireland submitted plans for the Harbour Road centre to replace the existing building with a “like-for-like, yet modern and purpose-built centre to meet the needs of the various groups who use the facilities”.

The three-storey centre has been “necessarily extended over time as the specific requirements of the centre have developed and incorporates several building styles”.

The proposed new building is a two-storey appearance to its front while retaining the three-storey internal layout of the existing building which will predominately occupy the same footprint as the current building. The existing indoor sports hall to the back of the building is to remain.

In the application, the applicants wrote: “Seaview provides an extremely invaluable service to numerous adults and children from Newry, Mourne and Down and to those who travel from further afield to this attractive and important facility located within our council area.

“Furthermore, there are a significant number of charities and youth organisations who wholly rely on the services provided at Seaview Camp and Conference Centre, and it is therefore absolutely essential that as little disruption as possible is created through the necessary demolition and subsequent replacement of this established camp and conference centre.

“Due to the substantial demands on and pressing needs of Seaview to be hosting groups, there is a particularly narrow window in which development can take place and, in order that as little disruption as possible is caused, I am humbly requesting that you accelerate our carefully considered and sympathetically designed full planning application.”

Seaview Camp and Conference Centre is owned, managed and operated by the registered charity CEF.

The property was first purchased by CEF in 1973 when it first began Christian camps and retreats from the venue which previously provided bed and breakfast accommodation and a venue for wedding receptions.

The application will now be decided on by Newry, Mourne and Down District Council’s planning department.