Royal couple have no plans to visit Kilkeel 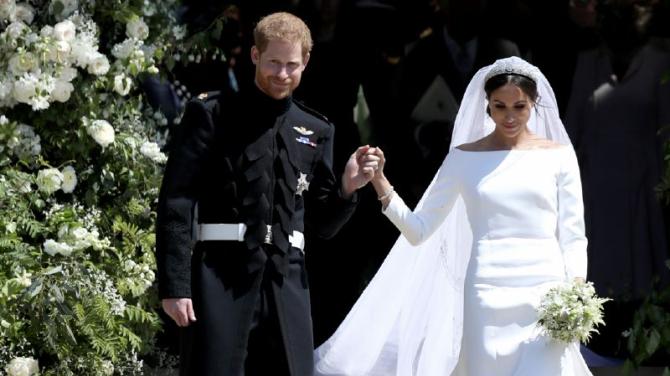 DESPITE speculation of a potential upcoming visit by the Baron and Baroness of Kilkeel, it has been confirmed there are no plans for the couple to visit their barony lands.

Following the announcement of their titles ahead of the wedding in May, many had hoped a Royal visit would be on the cards.

However, in correspondence to the chief executive of Newry, Mourne and Down District Council Liam Hannaway, the assistant private secretary to the Duchess of Sussex put paid to any visit in the immediate future.

On headed paper from Kensington Palace, Mr Hannaway is thanked for the council’s letter dated 13 June inviting the Duke and Duchess of Sussex to visit the district.

Apologising for the delay in responding to the letter, the assistant private secretary said Prince Harry and the Duchess were “overwhelmed with kind letters for Their Royal Highnesses” and said it was “taking some time to reply to them all”.

“The Duke and Duchess welcome their new titles of the first Baron and Baroness of Kilkeel and would be delighted with such an invitation to their namesake town and its surrounding district,” read the letter.

“Having given careful consideration to the possibilities, however I very much regret that Their Royal Highnesses are unable to accept at this moment in time.

“The Duke and Duchess do not at present have any further plans to visit Northern Ireland, following on from their visit in March this year. However, if I may, I will keep your letter on file should an appropriate opportunity arise.”

Extending apologies for “this disappointing response” the letter’s author added they “do hope you understand”.

The letter ended with the sentiment: “Their Royal Highnesses would have me send you their very best wishes and thanks for your kind words and invitation.”

“At the first council meeting after the barony was announced, there was a discussion about issuing an invitation.

“It was a council-wide decision and there was no issue with the invitation,” he said.

The Independent Unionist councillor said it was “completely understandable” that the Baron and Baroness of Kilkeel had not been able to undertake a visit to the town.

“They have had a very busy schedule. I am sure they will come over,” he said.

Councillor Reilly said a visit such as theirs would serve to “highlight the area further”.

“I have been trying to convince the council that some money should be spent on the marketing of Kilkeel as a Royal town.

“Certainly, I am trying to get to a position whereby we could entice all the different businesses and commerce organisations in Kilkeel to get together and see how we could take advantage of the Royal status.

“There are a lot of positives connected to it. It would be nice to get the town cleaned up for whenever they come over,” he said.

Similarly Mournes DUP Councillor Glyn Hanna said he was “disappointed” but not surprised there would not be a Royal visit in the near future.

“It’s understandable when she’s expecting a baby. You couldn’t really expect them to come,” he said.

“I am disappointed, but at the same time I would like to see the two of them come to the area, so I wouldn’t be surprised if they visited in autumn perhaps, next year.”

Councillor Hanna said a visit by the Royal couple would only be beneficial to the area.

“When the barony was announced ahead of the wedding, it raised the profile of Kilkeel,” he said.

“The rest of the world took notice of Mourne and Kilkeel, so it could only be good for tourism for the area.

“They said they were keeping the letter on file, so I would say at the first opportunity we could see them coming over to the area.”