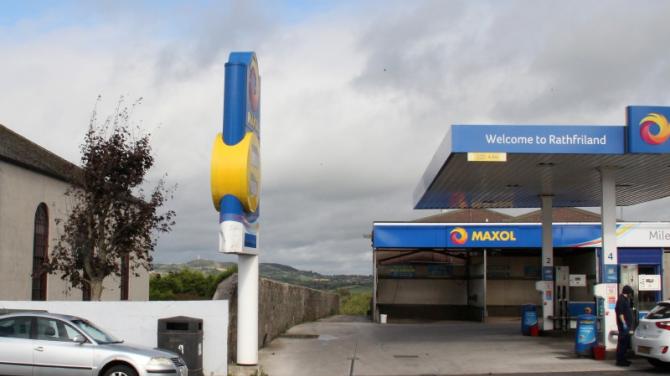 The “safety and convenience of road users and residents along School Road will be compromised” by current plans for the new temporary GP surgery in Rathfriland, according to the Department for Infrastructure (DfI).

The comments were made as part of the department’s consultation response to the planning application to create a temporary surgery on lands between Newry Street and Back Road.

Back in September plans were lodged with the Planning Service for a seven doctor surgery with associated healthcare provision on a 2.4 acre site off Newry Street.

The extra patients led to administrative, nursing and doctor hours being increased to cope with the additional workload.

He identified an urgent need to “address the existing deficiencies” of these public health services in the town.

It is anticipated that the temporary GP surgery will pave the way for the eventual Rathfriland Medical Village incorporating a new nursing home, the GP surgery and retirement housing

However, DfI has now advised Mr McConville that they are currently not content with the existing plans that have been submitted.

DfI is a standard consultee in planning applications as they advise the Planning Service if an application is acceptable or unacceptable in relation to roads issues.

It had been proposed that the temporary facility would operate a one-way system from Newry Street with vehicle access between Third Rathfriland Presbyterian Church and the existing Maxol petrol filling station. The exit of the site would be from the proposed surgery car park to Back Road onto School Road and back onto Newry Street.

However after consulting on the detailed planning application, DfI has since stated it is “not satisfied with the application as submitted”.

In a response dated last Monday (7 January), they said that in addition to the need for more layout plans to be submitted, they were also objecting to the proposed one-way access/ exit width and the exit route.

A DfI consultant described the proposed one-way access/ exit width of 2.8 to three metres as “substandard” and “not appropriate for service vehicles or emergency vehicles”.

They also raised concern with the separate pedestrian access proposed believing it would be “difficult to deter pedestrian use of the vehicular access”.

“The plan will also need to show that traffic and pedestrians can access and egress [leave] the petrol filling station within the reduced forecourt area.”

In addition, DfI raised concern with the Back Road as an exit route fearing it would be “too narrow to cater for the traffic generated by the proposed development”.

A Transport Assessment form lodged with the planning application said 281 vehicular arrivals were expected during a typical week day.

DfI also raised concern with the School Road as an exit saying it “is often reduced to single file traffic as a result of on-street parking” and “any significant increase in traffic using this road will compromise the safety and convenience of road users and will also impact on the amenity of the existing residents in School Road”.

No neighbour objections have been lodged with the application and no decision has been taken on whether this application will be approved or refused. The final decision is down to Armagh City, Banbridge and Craigavon Borough Council’s planning department and planning committee.

A number of other standard consultee responses have raised no objection to the application to date.