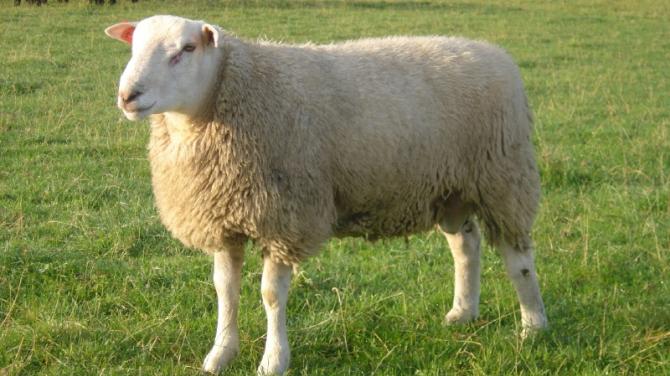 A Kilkeel farmer is urging dog owners to control their pets after ewes were attacked for the second time in a month in Mourne.

Trevor Annett’s father lost two of his pedigree flock after they were mauled by dogs before Christmas.

Another farmer in Mourne had his flock attacked last Tuesday (8 January) but his sheep are reported to have survived.

Mr Annett said he would urge dog owners to be responsible and know where their pets are at all times.

His father Reggie has been building his flock for decades and the loss was a major blow.

“The amount of time and money that he has spent over the years to build up the flock and then for dogs to come into a field and do that, it’s heartbreaking.

“In the field we had 27 ewes and lost two. It was actually my brother who found the two dead ewes in the field.

“They were down on land in Ballymartin but when he found the two dead ones, the other ewes were not in the field. They had actually broken through a stone ditch and were in another field. I think the fact that they broke out shows how scared they were,” said Mr Annett.

The remaining ewes have been scanned and remain in lamb but Mr Annett says there is still the fear that the trauma of the attack and chase could result in stillbirths.

“They were Belclare sheep. They were maybe not as dear as some of the other pedigrees, but them two ewes could have produced two or three lambs which would have been £300 apiece. And then there is the cost involved in getting them to that stage in the first place,” Mr Annett added.

“We have never had too much trouble in the past with this and we hope we will not in the future.

“I am a dog lover and I hate to see dogs put down for this reason [sheep worrying]. A farmer has a right to shoot dogs if they see them attacking their stock but no farmer wants to do that, so dog owners just need to be more careful about where their animals are.”

“I was told about another attack from a farmer last Tuesday (8 January) which occurred in the Mournes area,” he said.

“That’s two incidents in just a few weeks. In the incident last week one sheep was mauled but thankfully it survived. However, in the attack just before Christmas two pedigree sheep were killed. While it may only have been two that were killed, the other sheep have been left traumatised.

“What dog owners need to understand is that they could have the most docile dog but that dog can transform when it sees lambs or sheep so it is important that dog owners know where they are at night.

“I am a dog lover but people need to know where their pets are at night and make sure they are not hunting because the trauma that sheep experience during a dog attack is horrendous.”

Just last year the UFU called for a tougher stance on livestock worrying.

UFU deputy president, Victor Chestnutt described sheep worrying as a “serious and ongoing issue” for farmers. Across the UK, it cost the industry £1.6 million in 2017.

“This is a deep frustration for farmers and it is as an animal welfare issue as well as an economic one.

“The sight of livestock that have been attacked is sickening. We need to ensure more is done to educate the public about how serious this is,” said Mr Chestnutt.