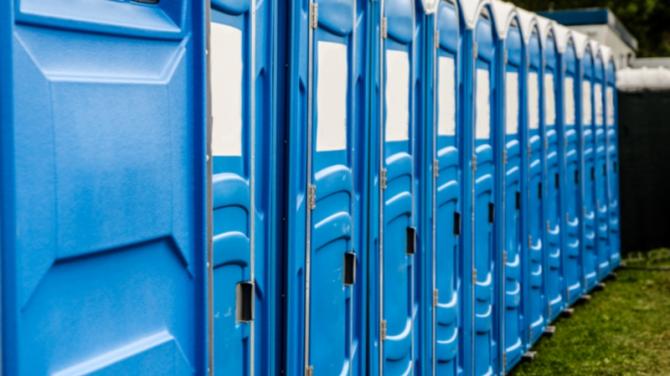 Orange Order Deputy Grand Master Harold Henning said that it is the council’s responsibility to provide portaloos at parades if council facilities cannot accommodate the hundreds or thousands of people attending the various parades.

He made the comments after Sinn Fein Councillor Catherine Seeley criticised the “Orange Order, Royal Black Institutions and bands” for wasting ratepayers’ money.

“In DUP-dominated Armagh City, Banbridge and Craigavon Borough Council, the Orange Order, Royal Black Institutions and bands can phone up, request portaloos, run up a bill of £17,500 per year and spend ratepayers’ money with absolutely no checks or accountability,” Councillor Seeley said.

She made the comments after the council’s Environmental Services Committee heard last Tuesday (8 January) evening that over £54k was spent by council providing portaloos for events in a 14-month period in all three council areas.

In Banbridge that overall figure was just below £17k however Councillor Seeley “felt aggrieved” that a majority of the portaloos provided by council between May 2017 and July 2018 were requested by bands, the Orange Order or the Royal Black Institution.

Harold Henning, who has been involved in the band scene for many years as well as being in the Orange Order and Royal Black Institution, said he did not see why the council should not foot the bill for providing these facilities.

“The 12th in Donaghcloney last year was attended by thousands of people and was the largest 12th parade in Co Down and it was being held in our council area. The council always wants to promote the area and bring people to the council and that is what these parades do.

“This year the 12th will be in Rathfriland and we have hundreds of people visiting from Scotland and even more worldwide as we know of people coming from Canada and Australia. These people need to be facilitated.

“Scarva is also the largest one day event in Northern Ireland, the biggest one in the year.

“If the council does not have public toilet facilities to accommodate these groups of people and if it is not the responsibility of the local council to do so, then I don't know what is. It reflects badly on the council if they cannot do that,” said Mr Henning.

Council’s Head of Environmental Services, Barry Patience said the “provision of portaloos to events had been a historic practice in each of the old council areas which continued when the councils came together,” he said.

He told councillors that the council is re-examining its provision for portaloos given council has “no allocated budget for this”.

It is expected that a report on this will be brought back to council in two months’ time.