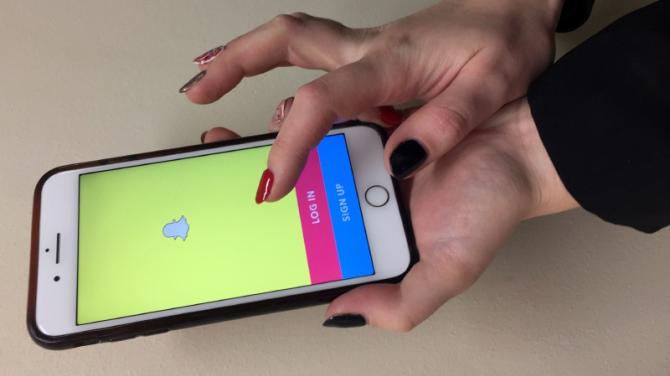 A KILKEEL principal has warned of a potential mobile phone ban during school hours.

Victor Coert, principal of Kilkeel High School, said mobile phone usage among a “minority of pupils” is having a negative impact.

From a survey taken during Internet Safety Day at the school, Mr Coert discovered some pupils were spending up to five hours a day on their phones, with one pupil clocking up 70 hours of usage in a week.

Currently, students are only allowed to use their phones during lunchtime, however, Mr Coert says this rule is consistently being broken.

“The current policy allowing pupils to use their phones during lunch was a decision made with the senior management team and the school council a few years ago.

“Five years later and we are now in the process of reviewing that policy. The majority of students adhere to the policy, but there is a small minority who are causing hassle and are consistently breaking the rules,” he said.

Mr Coert says he has discovered pupils are using their phones in the pupil toilets area and at breaktime.

Pastoral issues such as pupils taking unauthorised pictures of teachers on Snapchat have also come to light, which the principal says is breaking the school’s e-safety policy.

“Things are going up on Snapchat then they disappear and that sort of thing can make other pupils and staff feel vulnerable.

“My staff are having to spend time to sort these issues out and investigating issues with phones and using up our resources in an already difficult financial situation.

“It has come to the point where this is problematic with mobile phone usage,” he said.

Mr Coert said the issue of mobile phones in school will lead to a discussion with the management team – with the potential possibility of a mobile phone ban.

He continued: “We understand that there is a need for phones for organising travel arrangements and research at times. However, what is evident is that pupils are spending a vast amount of time on their phones.

“It’s come to the point that we need to have a serious conversation about these issues in the school. We don’t have lockers in school to keep the phones in as we just don’t have the room.

“At the minute, the negative effects of mobile phones in school outweigh the positives. It is impacting pupil learning negatively.

Mr Coert says he would also encourage parents to speak to their children about appropriate mobile phone use during school.

“The majority of pupils are keeping to lunch-time use only and the difficulty is that we are becoming police officers in monitoring these scenarios.

“It is sad because if there is a total ban this means that the majority have to suffer with no phone,” Mr Coert said.