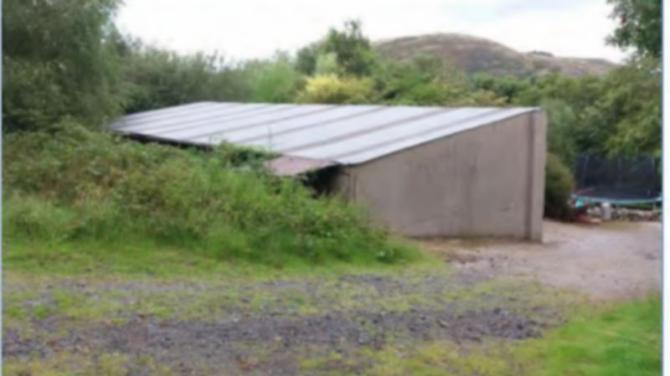 Plans for new tourist accommodation outside Kilcoo have been passed by planners.

Councillors who sit on Newry, Mourne and Down District Council’s planning committee overturned a recommendation to refuse planning for a bunkhouse on the Largy Road as they felt that it will be a “great tourism asset for the district”.

The large site at Slievenalargy within the Mourne Area of Outstanding Natural Beauty was once home to a Rare Breeds Farm.

A planning officer told the committee that the sole reason for their refusal was that the development would “not result in significant environmental benefits” and therefore “planning policy is not met”.

SDLP Councillor Laura Devlin asked if there “was a definition of what warrants a significant benefit” to which the planning officer replied “there was no definition, but the word ‘significant’ is, in itself, a very weighted word”.

Sinn Fein Councillor Willie Clarke said “there is a new interest in regards to this kind of holidaying”.

Applicant Nigel McKinney told the committee that his “proposal to replace a disused former farm building into an up-to-date bunkhouse features within the council’s own policy on rural tourism in the Mournes”.

The bunkhouse will comprise of a kitchen with communal living space, a shower and toilet area as well as three bunk rooms which can serve four persons each.

Mr McKinney said it would have environmental benefits as it was going to be timber-framed and closely located to “forest parks, designated cycling and walking routes and a new climbing quarry”.

He said the development would help council achieve its aim of making the council area “one of the premier tourism destinations on the island of Ireland”.

Councillor Clarke said there “is a cluster of activities there” and asked the planner if there was “any weight lent to that”.

However, the planning officer continued by saying that “while there are options to provide this type of accommodation, it has to comply with the policy. It has to come with significant environmental benefits and that has not been demonstrated here”.

Councillor Clarke responded by saying that in granting approval for this application, it would result in carbon footprint reduction.

“Where else would you put this in the area? How would you ever get it if you stuck to this interpretation of policy?” he added.

Mr McKinney said he has been working on this project from 2016 and was hoping to secure funding from the Rural Business Investment Scheme, which opens soon but stressed that he needs planning permission.

The Rural Business Investment Scheme aims to provide investment support for the creation and development of micro and small enterprises (including farm diversification and private tourism businesses) in rural areas.

“Planning permission is critical if this is to work,” said Mr McKinney.

SDLP Councillor Mark Murnin said that after “looking at this application carefully,” he felt that it did have significant environmental benefits and proposed that the committee overturns the recommendation to refuse, which was agreed by all committee members.