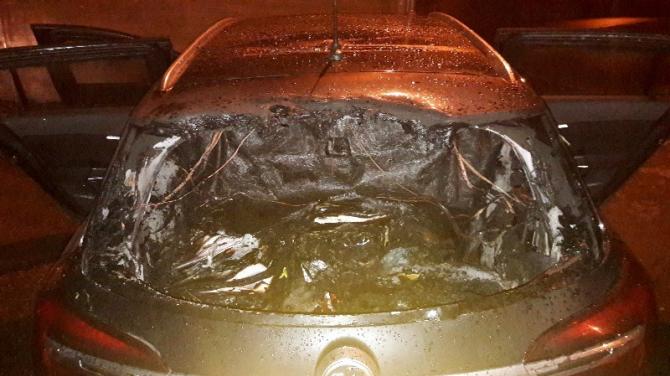 AN ARSON attack on a police car in the Kilkeel area has been condemned.

Local police were dealing with a domestic incident in the area of Slieveshan Park last Monday, 4 March around 9.30pm when their patrol car was extensively damaged.

A spokesperson from PSNI Newry and Mourne said the patrol car was “subject to a vicious and targeted attack by a person or persons intent on destroying it”.

The rear window of the police car was smashed and a fire was started in the boot compartment of the vehicle.

The police spokesperson said this was done “with complete disregard of causing a potential explosion in this built up area”.

Officers at the scene were able to call upon their colleagues in the Northern Ireland Fire and Rescue for assistance.

The spokesperson continued: “They were able to extinguish the blaze, however the car was no longer able to be used.

“Due to these idiotic actions there is now one less police vehicle available to us and as a service we need these crucial resources to keep everyone safe. We will be robustly investigating this arson to ‘YOUR’ police vehicle.”

Meanwhile, Mournes councillors have expressed their condemnation of the recent incident.

He added: “Police officers were responding to a domestic incident and when people are in trouble like this they need the police.

“For anyone to do this it actually restricts the police ability to respond to help and it is not very community spirited to do something like this.

“The police need their resources in these incidents when people are in danger and the many functions the police perform are for the benefit of the whole community.”

Councillor Quinn said the vandalism will put a strain on “already stretched police resources” since the vehicle cannot be used.

DUP Councillor Glyn Hanna has appealed to anyone with information regarding the incident to pass it on to police.

“I completely condemn what has happened and I would ask anyone with information regarding this to pass it on to police.

“I know this can be a hard thing to do, but this type of thing will keep on happening until this person or persons are reprimanded by the law.”

Councillor Hanna said the officers were also left in a very “vulnerable situation” with no way to leave the scene due to the damage caused to their patrol car.

Police have asked the public for assistance with their investigation and have asked anyone with information to get in touch by dialling 101 using the reference number 1373 on 04/03/19.