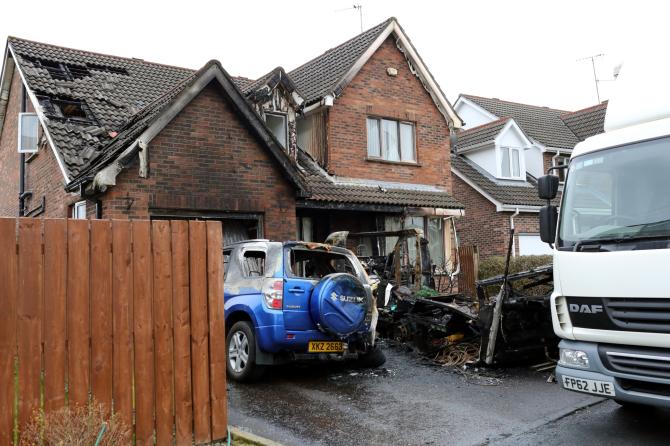 The charred scenes at the house within the Weavers Meadow development. The motorhome shell, suspected to be cause of the fire, can be seen beside the jeep.

The fire which devastated a house, motorhome and jeep in Banbridge last night (Thursday) was accidental, firefighters have confirmed.

Firefighters were called to the detached two-storey house in Weavers Meadow off the Lurgan Road around 7.45pm yesterday (Thursday). A man aged in his 60s was treated at the scene for burns but did not attend hospital.

The fire started in the motorhome and spread to the house, its integrated garage and Suzuki jeep. NI Fire and Rescue Service described the fire as being caused by "accidental ignition". The incident was dealt with at 10.57pm.