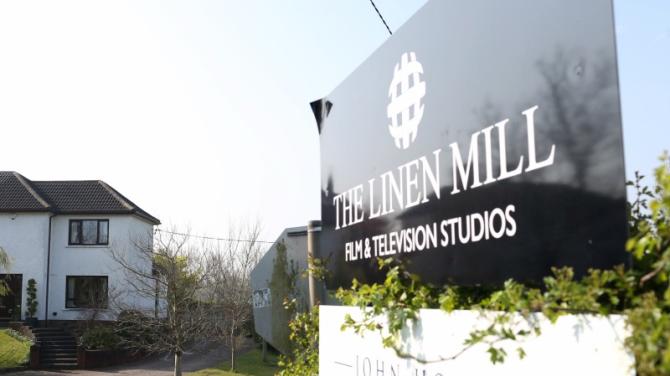 SOME neighbours who live beside Game of Thrones Studios in Corbet have filed objections to expansion plans.

The plan is to use the Linen Mill Studio complex on the Castlewellan Road as a major tourist attraction estimated to be a draw for up to 400,000 Game of Thrones fans every year.

However, those who live close to the site have some reservations about developments on the site.

Planning permission to demolish storage space and the former DPD delivery firm building to make way for a new film studio building was granted on the site earlier this month.

The application attracted a number of objections which referred to the widely-publicised intention to turn this site into a major Game of Thrones tourist attraction.

However planning officials were keen to point out that “this proposal was not before the committee and its consideration was not a material consideration at the present time”.

It was announced earlier this month that the new studio tour, inspired by the renowned HBO series, would open in the Corbet location next spring.

Linen Mill Studios, the original filming location used for many iconic scenes throughout the run of the series, confirmed it was “designing and building the new 110,000-square-foot interactive experience” to “bring visitors face-to-face with original set pieces, costumes, props, and weapons used to create the worlds of Westeros and Essos”.

Their announcement came just days before planning permission was granted to demolish part of the existing industrial and storage/ distribution buildings and replace and extend them with a new portal framed building to facilitate a filming space (a TV/ film studio).

The application came before Armagh City, Banbridge and Craigavon Borough Council’s planning committee and was recommended for approval by planning officers on Wednesday, 10 April. The application had more than four objections from four separate postal addresses.

In their objections, residents stated they feared “further development of the site would result in impacts on their residential amenity”.

However, Ms McAvoy, the senior planning officer who recommended the application for approval, said “information has been provided to clarify the precise nature of industrial activity proposed which is a filming space (a TV/ film studio) which is a use which can be carried out without detriment to amenity by reason of noise, vibration, smell, fumes, smoke, soot, ash, dust or grit”.

The planner also said that the “the proposal will not create any additional traffic movements”.

However, residents referred to the tourism site application and the implication of increased traffic on the rural area’s infrastructure.

The planning officer told members of the planning committee that this application was “to facilitate a filming space” only and did not relate to any future developments.

Objectors also raised concern in relation to the hours of operation and construction stating that “filming had previously taken place through the night which had impacted on their amenity”.

Ms McAvoy said: “Officers, in consultation with Environmental Health, said that they were of the opinion that the impacts arising from the proposed development would not have an adverse impact on the amenity and enjoyment for the occupiers of the surrounding residential properties to the application site.”

She reiterated that if the application was granted, “that decision will not in any way pre-determine or prejudice the outcome of any future application to redevelop the site”.

“Furthermore, any such future application would need to comply with all necessary legal and procedural requirements that apply to it and, moreover, any such application will be considered entirely on its own merits having regard to the Development Plan and all other material considerations,” said senior planning officer Ms McAvoy.

Ten conditions were added to the planning approval including that the use of the development shall only be for a filming space (a TV/ film studio) and shall not be used for any other purpose so that “future development on the site is controlled”.

An Armagh City, Banbridge and Craigavon Borough Council spokesperson confirmed to The Outlook that “two enforcement investigations are currently being conducted in relation to the site at 245 Castlewellan Road, Banbridge”.

“They relate to alleged unauthorised works located within the external parts of the site. The council’s Planning Enforcement Team are actively pursuing these investigations,” said a council spokesperson.

Linen Mill Studios were approached for comment however their PR team did not provide a response by the time of print.