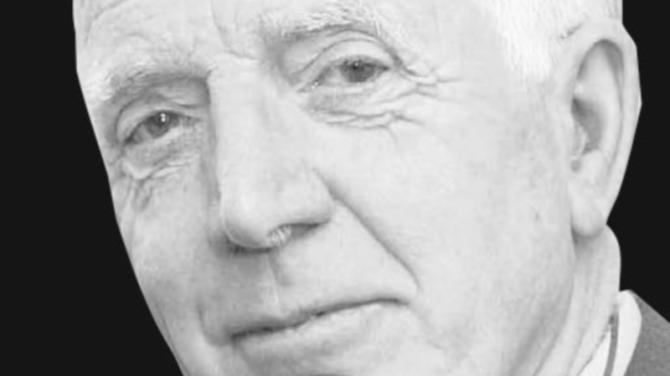 A SPECIAL event this week will pay tribute to a GAA stalwart from Hilltown.

The late Jerry Quinn was a great servant of the GAA at club, county, provincial and national level, working tirelessly to promote all that was good in the GAA for almost 50 years.

At the Down County Committee meeting at Pairc Esler this Thursday (25 April) a permanent tribute will be unveiled to Jerry, honouring his dedication to the GAA in Co Down.

A valued GAA correspondent for this paper from the late 1950s, he was renowned for his insightful, educated and eloquent reports.

Indeed, he had been honoured by his beloved Clonduff with a Hall of Fame award just one month before he passed away in December 2012, aged 71.

He also contributed to The Irish News and other newspapers and was a member of the GAA Writers’ Association and held the position of chair for a year.

He was recipient of The McNamee Award on two occasions, along with his great friend and another Clonduff stalwart, Fintan Mussen - in 1988 ‘Sceál Chluain Daimh’ (The Clonduff Story Part I) which documented the life and times of Clonduff GAA Club from its inception in 1887.

Prior to that, in 1985 Jerry and Fintan were part of the Down Communications sub-committee that picked up the McNamee Award for the Down Year Book.

The father-of-four led a full and active life and was also a civil servant, farmer, livestock sales clerk, GAA administrator and community worker.

Jerry held numerous roles in his native Clonduff both in administration (chair, secretary, PRO) and team management at all levels. He also held administrative roles in South Down (chair and secretary) and was elected chairman of the County Board in 2005. But it was his devotion to the photographic and written media which was his passion.

Down County Board has mounted a photographic exhibition of Down from the 1960s onwards - many of the photographs are Jerry’s work, which have been kindly donated by his family.

Current Down chairman Sean Rooney will unveil a plaque in Jerry’s honour at 7.30pm on Thursday evening (25 April) in Pairc Esler where the exhibition will be on view from 6.30pm to 8pm.