Funeral next week for principal credited with 'saving' Rathfriland High 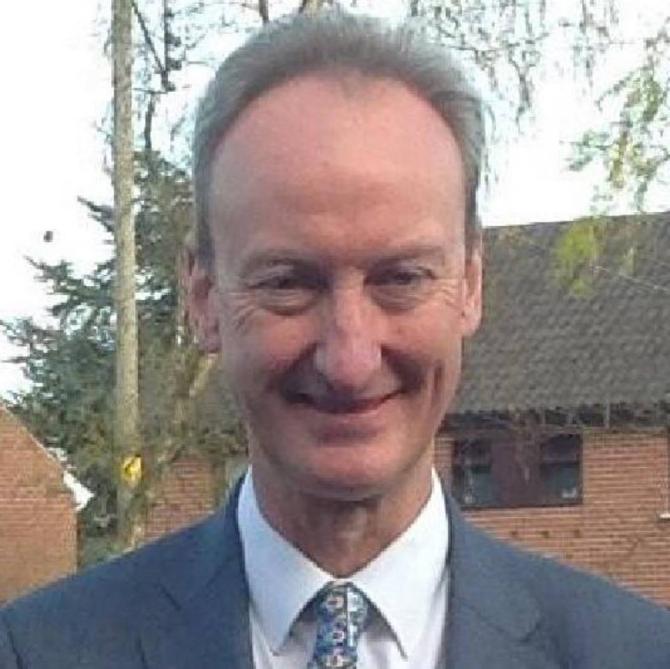 Simon Harper, who was in his 50s, was on a walking holiday in the Highlands of Scotland when he passed away suddenly on Good Friday.

The funeral service will be in Loughinisland Parish Church, Seaforde next Tuesday (30 April) at 1.30pm followed by a strictly private committal.

Originally from the Rathfriland Road area of Banbridge, Mr Harper left Rathfriland High in 2009 to take up a post as principal of Portadown College. A chemistry teacher by background, he had formerly been head of department at Regent House Grammar School, Newtownards.

Mr Harper has been credited in a tribute from Rathfriland man, David Scott (pictured below) as the principal who “saved Rathfriland High School from potential closure a decade ago”.

“The school numbers were in demise when I was on the Board of Governors and there was a question mark over the sustainability of the school,” Mr Scott said.
“He, along with senior teaching staff at the time, turned school numbers around. After this transformation around 10 years ago the school went on to top a league table for results.”

Amanda McCullough (pictured below), principal of Rathfriland High School, said it was with “great sadness” that she learned of the sudden death of her former colleague.

She said: “Simon Harper served our school with tremendous passion and commitment. During his tenure he oversaw a growth in pupil numbers and the school’s popularity as a real choice for the young people from Rathfriland and the surrounding district.
“Simon was a great school leader who had the needs of the pupils at the core of all he did. His integrity was unquestionable.”
Mrs McCullough described the former headmaster as a “true gentleman” and paid tribute to his love for teaching.
She said she was privileged to serve alongside Mr Harper as vice-principal and witnessed first-hand his skills in managing people.
“He will be greatly missed in the field of education. He gave respect and was much respected in return by all those who were fortunate enough to experience working with him.
“He was inspirational and I will miss his wise counsel as a trusted colleague and good friend. To Catherine and his family circle we offer sincere condolences,” she said.

Mr Harper, a son of the late Craigie and Pearl Harper, is survived by his partner Catherine and brothers Paul and Stephen.