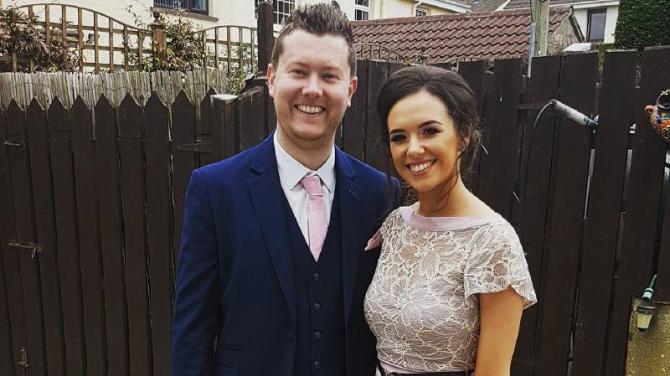 FAMILY of the late Karl Heaney from Warrenpoint will mark the first anniversary of his death with a fundraiser.

Karl was killed in a collision along the A1 between Banbridge and Dromore on 23 May last year.

Ciara Sands, Karl’s girlfriend, along with his family launched an online petition last year asking the Department for Infrastructure (DfI) to complete urgent improvements to the stretch of road.

The petition currently has over 12,000 signatures and was responded to by the Department.

Ciara says as Karl’s family approach his first anniversary this month they wanted to do something to remember him and celebrate all that he was and what he loved.

She said: “We thought what better way than with a football match and drinks afterwards. Just what Karl would have wanted! And of course it would have to have a Marvel theme.

“So before the big showdown between the real Armagh and Down teams, come see the Armagh Avengers take on the Down Defenders in Ballyholland Harps GAC, Newry today Saturday, 18 May starting at 5pm.”

A charity football match will take place today in memory of Karl Heaney, marking the first anniversary of his death

A £5 donation will be paid at the entrance gate in aid of two local charities, Head Injury Support Newry and Road Safe NI: Newry, Mourne and Down Committee.

Music and drinks will follow in Ballyholland Club with some amazing prizes to be won on the night and some even better items up for auction.

Ciara added: “For anyone who is unable to attend on the day we have set up a donation page and donations are greatly appreciated.

“Both charities are close to our heart and are very worthy causes. Head Injury Support aims to improve the quality of life of brain injury survivors and help to support them and their families and others affected by head injuries.

“Road Safe NI: Newry, Mourne and Down Committee provides education throughout the local area on road safety, an issue we strongly support.

“We have received so much support from both these groups over the last year and we now hope to give something back to them in thanks for all their wonderful work.”

You can donate online at www.gofundme.com/the-karl-heaney-marvelous-memorial-match