Future of Hilltown parochial house to be determined 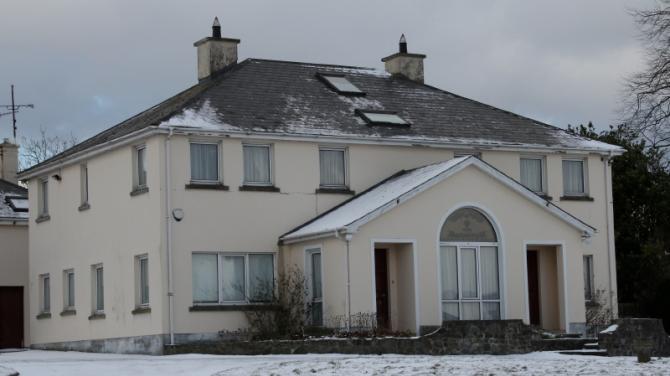 The future of the parochial house in Hilltown will be decided following the completion of a public consultation.

THE future of the scandal-hit parochial house in Hilltown is set to be decided on in the forthcoming weeks.

Following the revelations last year that former Parish Priest Malachy Finnegan had abused an altar boy from the age of 10 in the bedroom of the parochial house in the village, the building has remained vacant.

That decision was made after some community members said they would refuse to attend the parochial house or recognise it as a community hub, after learning that children were abused in the building by Finnegan, who died in 2002.

Now, more than 12 months later, parishioners have been asked to give their views on what they want to see become of the building.

In addition to surveys being sent out to those in the community, notices in the Clonduff Parish Bulletin also “encouraged everyone to complete and return the survey...so that a decision can be made in the coming weeks regarding the future use of the Parochial House and the future residence of our Parish Priest, Fr Charles Byrne”.

Fr Byrne, who had only been installed as Parish Priest two months before the news broke last year, had moved to premises in Warrenpoint in the wake of the revelations, however it is understood that he is due to vacate these premises next month.

Written submissions closed on Sunday, 19 May however, there are already some mixed feelings in the community about what to do with the building.

Some believed that this place with “such horrible, hurtful, history could be turned into something positive for the parish” while others criticised the survey, saying that it was “poorly constructed” and was “very limited in its options”.

One mother said that she walks past the building every day to pick up her child from school and thinks of “what he did in that house on a poor, innocent and naïve boy”.

A spokesperson for the Diocese of Dromore said they were “aware that the Parish of Clonduff is currently conducting a consultation within the parish regarding a future residence for the Parish Priest”.

“The Diocese awaits the outcome of this local consultation and will consider it in accordance with diocesan procedures.”
In addition to being a parish priest for Clonduff in the 1990s, Finnegan was also a teacher and later president of St Colman’s College in Newry.