New bus stop will be 'a nightmare' for Banbridge residents 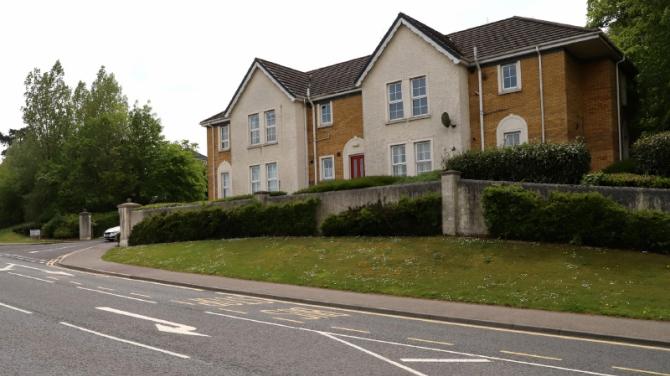 Residents of Summerhill in Banbridge have voiced their concerns that a new bus stop, painted onto the road, is “an accident waiting to happen”.

Residents living in Banbridge have said that a new bus stop at the entrance to their housing development “is an accident waiting to happen”.

Concerns have been raised over the bus stop on the Rathfriland Road since it was painted at its location several weeks ago.

Those who live in the residential development of Summerhill have said they fear that when this location becomes a park and ride stop for the Goldline Express 238 service from Banbridge to Belfast from 3 June, it will “cause further problems for residents”.

It comes as Translink announced a number of timetable changes to the service from Newry and Banbridge to Belfast last week, revealing the new Park and Ride at Rathfriland Road, Banbridge will now be included on the route.

One resident who lives in Summerhill said it is “already a nightmare to get in and out of”.

“It is bad enough at the best of times with the speed of some drivers on the Rathfriland Road,” they said.

“When this park and ride was created they took away half of the filter lane for turning into Summerhill meaning that, at most, two cars can sit in the filter lane without creating a queue on the main road.

“Now the bus stop is situated as soon as you pull out of Summerhill and is only going to cause further problems for residents, once the facility is fully operational”.

Translink Bus Services Southern Area manager Arthur Hamilton said the addition of this stop “gives more people the option of leaving their car and using public transport, helping many customers to find time for a more active and healthy lifestyle”.

However, despite being made aware of concerns over the location of the bus stop, Translink told The Outlook they have “no plans” to change its location.

A Translink spokesperson said they had sought assurances on where the bus stop should be located.

“We consulted with the Department for Infrastructure (DfI) on the safest location of the stops, taking traffic requirements into consideration.

“We are aware that a concern has been raised, but there are no plans to move the stop at this time.

“We will keep the situation under review,” said a spokesperson.

UUP Councillor Glenn Barr said that he has been left “disappointed” that the bus stop location will not be moved.

“This stop is a potential hazard but all I have got back from Transport NI is quotes about legislation.

“Translink has said that they will keep the situation under review but under review until when? Until there is an accident? Until someone has been hurt?

“Are they just going to watch until something happens?” said Councillor Barr.

Other changes coming into force from Monday, 3 June include a stop at Sheepbridge Park and Ride.

“Peak time 238b services will no longer stop in Dromore or Hillsborough, due to the introduction of Urby services from those towns during the busiest morning and evening periods.

“However, all off peak 238 services will continue to serve them,” said a Translink spokesperson.