No firefighters recruited for Rathfriland Fire Station in last year 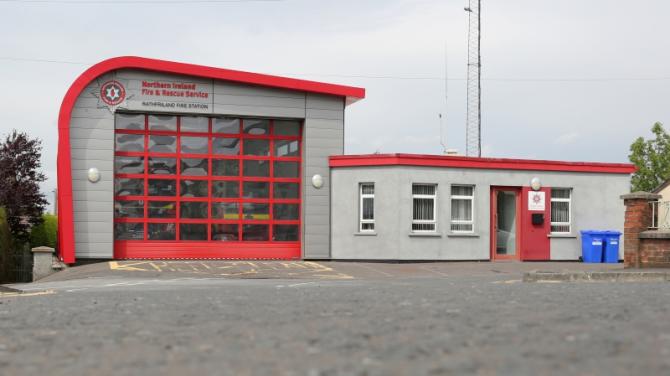 Rathfriland Fire Station did not have any new firefighters recruited in the last 12 months.

Rathfriland Fire Station is the only local station not to have recruited any firefighters in the past year, The Outlook can reveal.

Kilkeel, Banbridge and Dromore fire stations have all recruited firefighters in the past 12 months, however despite there being a reduction in the number of stationed firefighters at the Castle Street station by 25 per cent, no firefighters were recruited for Rathfriland.

The Northern Ireland Fire and Rescue Service (NIFRS) has now said there will be recruitment in the 2019/20 year, however UUP Councillor Jill Macauley said this would need to be “a substantial recruitment campaign to address the present reduced staffing levels the station is currently running with”.

“The fact that the number of times Rathfriland Fire Station appliances have had to go out to a call has almost doubled in the past three years shows that there is without doubt the need for additional community firefighters.

“I am encouraged to see that they have forecasted to recruit in the incoming year, but this would need to be a substantial recruitment campaign to address the present reduced staffing levels the station is currently running with,” she said.

Last year NIFRS said it was not recruiting at that time because a review into the second fire appliance at the station was being carried out.

Councillor Macauley said that Rathfriland is “a very well used station and they also provide back-up to a wide area around Mourne, South Down and beyond”.

“These latest call-out figures would certainly back up our argument that it is vital we see the second appliance remain in Rathfriland Fire Station. Based on these positive developments and the fact that call-outs have seen a large increase, there is no doubt that the need to retain our second appliance is unquestionable.

“I would like to acknowledge the dedication and commitment of Rathfriland firefighters.

“They continued to deliver a prompt, high-quality and professional emergency response to many incidents in the local area over the years. They continue to provide the first-class fire and rescue service that we have come to expect from the men and women of NIFRS.

“Since the new station became fully operational in 2012, the refurbishment, expansion and modernisation of Rathfriland Fire Station has provided first-class training facilities to ensure we have the most highly-skilled firefighters to help protect our local community.

“I will most certainly be supporting our local crew to make sure we see the second appliance stay at Rathfriland station and encourage the NIFRS to invest and encourage more recruitment opportunities for our local community, making sure this valuable service has a secure and viable future,” said Councillor Macauley.

In a statement to this newspaper last week, the NIFRS said they are continuing “to review our operational response model to ensure we deliver the most efficient and effective service to the public”.

They said that the on-call duty system forms part of this review.

“This has brought improvements to availability and we have recently rolled this out to 30 on-call stations across Northern Ireland.

“We are currently operating a pilot in Downpatrick district which utilises three wholetime firefighters to support on-call service delivery across five station areas. This will be reviewed after six months,” said a NIFRS spokesperson.

They also said that Dromore and Kilkeel stations have received trainees on banded contracts and that they will be operational this month, however admitted there has been “no recruitment at Rathfriland Fire Station this year” and that “no new contracts have been introduced to date”.