Progress in project to repair harbour 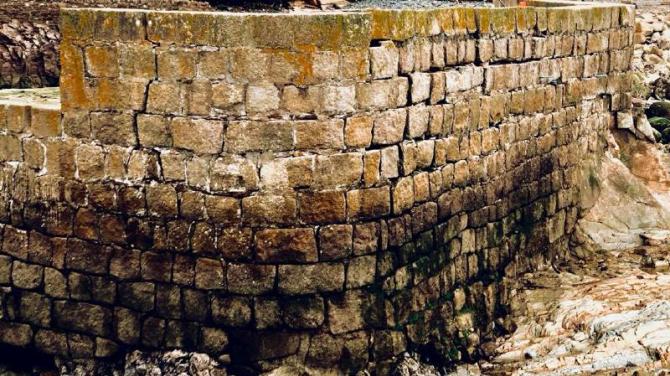 There have been concerns over the structural integrity of the stone walls of the harbour at Annalong.

A DESIGN team has been appointed by the local council to develop repair solutions to the north pier at Annalong Harbour.

A spokesperson from Newry, Mourne and Down District Council told The Outlook that council has completed all the necessary surveys for the project and a design team had been established.

A number of assessments had to be carried out to outline necessary repairs to the area.

Approval also had to be obtained from the Historic Environment and Marine Division to proceed with the site investigation works.

The need for vital repairs arose after it was claimed the harbour might not survive another storm unless essential remedial work is carried out.

Annalong man Harry Teggarty, of Annalong Harbour Watch, previously told The Outlook that the harbour had been neglected for the last 20 years and claimed part of it could fall down.

Fears remain over the condition of the harbour at Annalong

He said: “It is essential that the design team has been appointed and with it being a historical monument, the pier has to be repaired in a traditional manner.

“Once the project is costed it would have to go to committee at council and put out to tender for a contractor to be appointed.”

Councillor Hanna said he is hopeful that the contractors would be on site for late October/early November, dependant on the weather.

He continued: “I am delighted with this latest development and I have been driving this project from the very start after Harry highlighted his concerns.

“There are very few types of harbours like Annalong’s left in Ireland and that is why it’s important to maintain it.

“This will be a lasting repair job of at least 25 years and we do not want it temporarily fixed.”