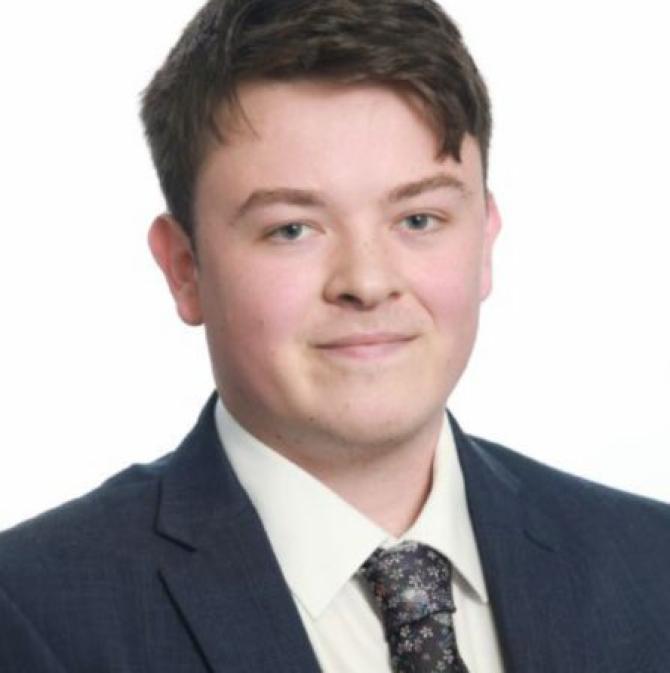 Alliance Councillor Gregory Bain is to vacate his seat for Slieve Croob DEA on Newry, Mourne and Down District Council

A SLIEVE Croob councillor is to leave his council seat just four months after he was newly-elected onto the local council.

The Outlook can reveal that Alliance Councillor Gregory Bain first indicated his intentions to give up his seat on Newry, Mourne and Down District Council earlier last month.

However, the outgoing councillor confirmed to The Outlook yesterday (Monday) he is stepping down as he “didn’t intend to be a councillor for the long term” and now hopes to focus his energies elsewhere.

An Alliance Party spokesperson told The Outlook: “Gregory has indicated his intention to step down from council for personal reasons, and the party is currently going through its internal procedures.”

This now means an Alliance candidate will be co-opted onto the local council once a selection meeting takes place within the party.

Mr Bain’s decision to step down could leave the door wide open for the return of former Alliance Slieve Croob Councillor Andrew McMurray from Castlewellan.

The former Slieve Croob councillor was previously co-opted to represent the area, but moved to seek election in the Mournes DEA in May, however he failed to secure a seat.

Mr Bain, who was the youngest member of council when he was elected at the age of 24, told The Outlook at the time he was elected he was “already looking forward to putting some hard work in”.

Back in May he also spoke about the excellent turnout and that he did not “expect to do as well” as he had done in the local council election.

The former Slieve Croob representative sat on Newry, Mourne and Down District Council’s Planning Committee and the Active and Healthy Communities Committee.

The 25-year-old who hails from just outside the Clough area and has a Masters in International Relations, spoke to The Outlook about his decision to step down from local politics.

“Part of the reason I am stepping down is that I did not intend to be a councillor long term and I didn’t expect to get elected.

“It was good that I was able to gain the party a seat but I think it would be better for the party to have someone who is fully ready to commit to the role.

“I did enjoy my time on council and helped some people, but it just wasn’t for me. I didn’t have much expectations about the role, but it wasn’t a negative experience at all,” he said.

The local man says he is now “excited” for what his future holds, but plans to stay in touch with some former council colleagues.

“It was a good experience overall and I did find everyone in council easy to get on with,” he said.

“I am sure I will keep in touch with SDLP Councillor John Trainor and Alliance Councillor and former party colleague, Patrick Brown who I was close to.

“I did make the decision early in July to step down and as a Masters graduate in International Relations I am currently looking into a range of career opportunities.”

Mr Bain continued: “I enjoyed sitting on the planning committee and it was nice to be able to help people who needed it in the area.

“I understand that Andy McMurray has put his name forward for the role and I think if he is co-opted then he will certainly do an excellent job.”