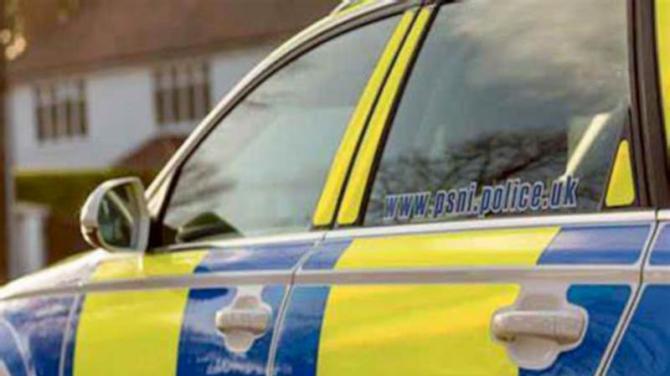 AT least two men understood to be from South Down have been arrested as part of a police investigation into human trafficking for sexual exploitation.

The Northern Ireland-wide operation which has been ongoing for eight months witnessed a number of arrests made on Sunday, 29 September.

Detectives in the PSNI’s Modern Slavery and Human Trafficking Unit arrested a 57-year-old man in Belfast, however, The Outlook understands he is originally from the local area.

The man, who yesterday (Monday) remained in police custody, was arrested on suspicion of human trafficking for the purpose of sexual exploitation, controlling prostitution, brothel keeping and money laundering.

A further six men, aged 20, 33, 33, 36, 52 and 54, were also arrested at different locations across Northern Ireland, including one from Banbridge on suspicion of paying for sexual services.

The six men have since been released pending a report to the Public Prosecution Service, according to a spokesperson from the PSNI.

Meanwhile, a 27-year-old female who was also arrested in the Antrim area on suspicion of controlling prostitution, brothel keeping and money laundering, has since been released on police bail.

A search was also carried out as part of the police operation and a number of electronic devices were seized.

Banbridge-based political representatives have since praised the efforts of police following the weekend’s arrests.

UUP Alderman Glenn Barr said he is hopeful those arrested can now be brought before court.

He said: “This recent arrest in Banbridge is thanks to the security forces for their long investigation and I am now hopeful that the courts can bring these people to justice.”

“I am, however shocked that someone in the Banbridge area was arrested on suspicion of this offence and if anyone has any concerns regarding this sort of activity then please get in contact with police on any of their help numbers and report it.

“This recent result for police shows that arrests can be made as a result of careful intelligence gathering.”

DUP Councillor Paul Greenfield said the arrest made in Banbridge on suspicion of paying for sexual services was thanks to a Private Member’s Bill brought forward by the Democratic Unionist Party (DUP) peer Lord Morrow.

Back in 2014, Northern Ireland became the first part of the UK to make paying for sex a criminal offence after the Northern Ireland Assembly passed the Human Trafficking and Exploitation Bill, which includes a clause criminalising payment for sex.

Councillor Greenfield added: “I am glad to see that this operation has come to fruition and with such a successful result.

“Due to this Bill brought before the Assembly by Lord Morrow, police were able to take such action and it also shows the importance of a working government.

“However, I am delighted to see police working on such a scale with this operation. I would also urge anyone with information to contact police and I was shocked and saddened that this had been happening in the district.”

Councillor Greenfield said he would ask people to remain vigilant and also commended police for their efforts with the operation.

He said: “These arrests are welcome news and due to police surveillance and this operation I hope that officers have been able to break up what has been going on.

“Traffickers exploit the most vulnerable people and anything that stops this trade in its tracks is to be welcomed.”

Meanwhile, Detective Inspector Mark Bell said: “These arrests are part of a proactive investigation into human trafficking for sexual exploitation in Northern Ireland which has been ongoing for eight months.

“Sexual exploitation is often an unseen crime - often victims are transported to clients’ properties so there may not be the obvious case of men coming and going to the one property.

“Furthermore, many victims can be afraid to speak out or may be being held captive. However, for some people who are subject to this kind of exploitation, they may not think of themselves as victims.”

Inspector Bell said he would appeal to victims to come forward to police in order to get the support and help that they need.

He added: “Perhaps you are in this position but don’t think that you are being exploited. I’d urge you to have a think about the people around you and if there is anyone who is pushing you in a certain direction or financially benefiting from your activities, please make contact with the police.

“I also want the public to be aware of the signs to look out for. Maybe you have concern for a friend or someone you know who is being put under pressure to provide sexual services and made to feel that they have no choice.

“They may be keeping anti-social hours and be driven around by someone they won’t let you get to know. There could be obvious signs that the person is being controlled, such as a lack of access to their money.”

Inspector Bell also reminded people that whilst the sale of sex in itself is not a crime in Northern Ireland, it is a criminal offence to purchase sex.

He said since the Human Trafficking and Exploitation (Criminal Justice and Support for Victims) Act (Northern Ireland) 2015 legislation was enacted in 2015, his team has made 33 arrests for human trafficking.

Over the last three years he has also investigated 182 potential victims of human trafficking for the purposes of sexual exploitation.

“We are committed to protecting victims and targeting those who exploit or cause harm. We are working as hard as we can but we cannot tackle this problem alone.

“We rely on our strong working relationships with a range of partners but we need the public’s help. I would also ask people to contact us with any concerns that they may have by calling 999 if it’s an emergency, or 101. There’s also a Modern Slavery Helpline on 08000 121 700.”