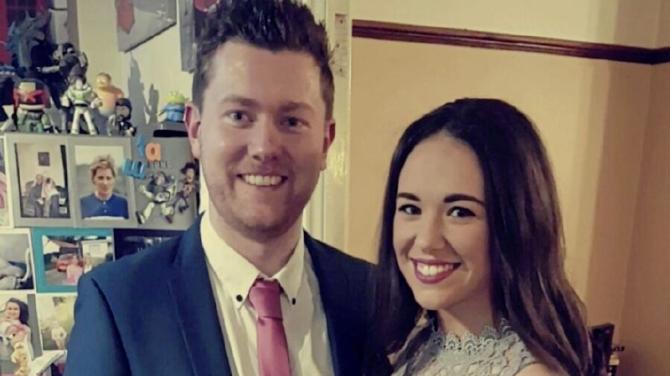 THE family of a Warrenpoint man who was killed on the A1 last year says they were “disheartened” to learn that the A1 improvement scheme will be going to public inquiry.

Family of the late Karl Heaney from Warrenpoint launched an online petition last year asking the Department for Infrastructure to complete urgent improvements to the stretch of road.

The petition currently has over 11,500 signatures and was responded to by the department who have since promised Karl's family they will meet with them and look at the campaign.

Karl was killed in a collision along the A1 between Banbridge and Dromore on 23 May last year.

Ciara Sands, Karl’s girlfriend, told The Outlook that if the “promised developments had been implemented it would have prevented Karl’s crash and many like it”.

For this reason, Ciara said they are determined to get these improvements completed now.

Speaking to The Outlook, Ciara says that with the improvement scheme she had hoped by appealing to the public a public inquiry could have been avoided and work could have progressed quicker.

She said: “All we want is for this upgrade to occur as quickly as it can so that no more families have to go through what we have been through.

“We believe enough families have suffered due to the poor layout of this road and considering the high volume of traffic on this road daily we fear there will be more victims before the completion of the A1 improvements.

“We do understand why it is necessary to move to a public inquiry and we will be asking if we can speak at this to voice our concerns and to make sure they are aware of the 11,000 people who signed our petition last year in support of this scheme. We believe every voice should be heard not just those who oppose it.”

The current A1 Junctions Phase 2 road improvement scheme proposals aims to deliver further safety improvements over the 25km stretch of the A1 dual carriageway between Hillsborough and Loughbrickland.

Back in January The Department confirmed to Ciara that funding is in place for the development work relating to the A1 Junctions Phase 2 Project.

This work will involve the completion of the design and preparing an Environmental Impact Assessment Report in preparation for taking the proposal through the statutory procedures, which the Department said at the time might have needed a public inquiry.

Feedback from this consultation was extensive and the Department received 117 separate responses.

Over the summer months, DFI Roads staff have engaged with all landowners, stakeholders and members of the public who lodged objections.

The letter said the Department has given these objections careful consideration and has concluded that holding a public inquiry is the process that is most likely to achieve the most efficient and expeditious progress of the scheme.

Preparation for the public inquiry is now underway and it is expected that the inquiry will be held in March next year.