Unanimous support for call to move welfare appeals from courts 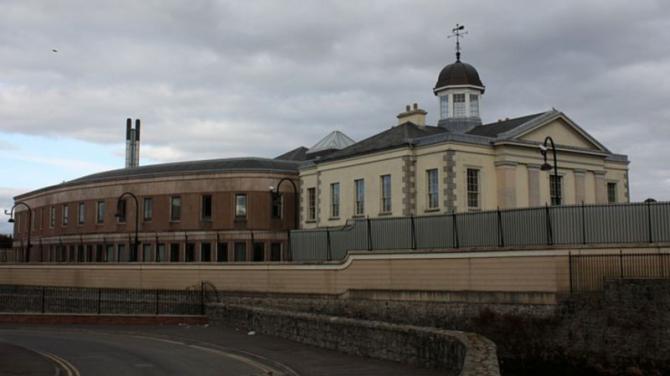 Welfare appeal cases are currently dealt with in courthouses, including Newry

A MOTION calling for the location of welfare appeals to be moved from local courthouses received unanimous backing from councillors.

Within his motion Councillor Savage said: “This council calls on the Appeals Service NI to cease the practice of holding Welfare appeals at local courthouses, states that these venues are unacceptable for such tribunals as it further traumatises already vulnerable appellants.”

Councillor Savage’s motion also asked the local council to investigate the possibility of offering council facilities for such tribunals to negate the need of appellants being forced into court settings.

The motion continued: “Council notes the protracted delays in getting appeals heard and calls on the Chief Executive to write to the head of the Appeals Service NI and the Permanent Secretary for DfC, requesting an immediate review of venues for such appeals and the formation of a review panel tasked with addressing the unacceptable delays to appeals being heard.”

Speaking at the meeting, Councillor Savage said he brought his motion forward with a “real sense of anger” to the chamber.

He said: “With these appeals we are now implying another layer of oppression on people who are vulnerable and perhaps have learning difficulties and are unfit for work and being hoodwinked out of benefits they are entitled to.”

Councillor Savage spoke about an individual case of a constituent who he had been working with and the troubles they have endured with the appeals process.

“I had to forewarn this woman that it would be a harrowing experience that she would have to walk into a courtroom and this was a very emotional experience for her and she collapsed into floods of tears after it.

“She said afterwards that it was the worst experience of her life and said she felt she was treated like a criminal and a 45-minute ordeal before she got what she was entitled to.

“We have got a council office with a lot of facilities and a lot of rooms and the practice of having appeals in courthouses in Downpatrick and Newry is wrong and I think we should offer a neutral venue and the system is broken.”

Councillor Savage continued: “It is also left up to the person to get their own medical records and some of these people may have issues with literacy and are expected to go through these documents.

“I would ask for unanimous support in relation to this motion and I think the Appeals Service has got this badly wrong.”

Opening the chamber to comments, Rowallane DUP Councillor William Walker said: “We will be totally supporting this motion and I commend Councillor Savage for bringing this forward.

“For someone who works in a constituency office in Ballynahinch we have someone working on these appeals full time and it the process can be totally degrading.

“We have had a number of people who have refused to go in because they were scared that their neighbours would see them and that they were up in court for something else.

“I would put forward a proposal that I would ask Councillor Savage to accept and that we write to the 10 other councils and ask them to support the motion too. I think if we send 11 letters to the Department it would add more weight to it.”

Councillor Devlin said she was “more than happy” to support the motion which she described as “very worthy”.

She added: “I think it is disgraceful that these appeals take place in courthouses and most of the tribunals I go to there are tears at it.

“I have been in tribunals in Newry and Downpatrick and society is judged on how we look after the most vulnerable and I ask that we all get behind this motion.”

Slieve Croob Alliance Councillor Andrew McMurray also voiced his support for the motion, adding: “We wholeheartedly support this motion and the whole process is not a simple matter to negotiate and it is a terrible process and one that does not end at the tribunal.”

Downpatrick Sinn Fein Councillor Oonagh Hanlon added: “Sinn Fein will be supporting this motion and the whole system is devastating for the most vulnerable in our society and most of our council facilities have disability access.”

“We will be supporting it. I work as a welfare support officer and courthouses are not the place for them and these places are distressing and harrowing.”

Party colleague, Slieve Croob Councillor Alan Lewis added: “I would also like to thank Councillor Savage for bringing this forward and I was elected onto council in May of this year but before this I had prior knowledge of these tribunals from previous jobs.

“However, I had no idea of the inhumane nature of these things and it is awful when you are dealing with constituents in tears over the whole process.

“Whoever came up with the idea to have them in courthouses should be ashamed of themselves and I would ask and appeal to the council to have these tribunals in a safe environment where the constituent also feels safe too.”

Councillor Savage accepted two amendments that were made during the meeting including that the council writes to the 10 other councils and also the exploration of venues with disability access.

“I would like to thank the parties for their support and this is the right thing to do. We need to send a strong message to the Department and Appeals Service Northern Ireland and I ask that our members keep the pressure on the Appeals Service about this,” Councillor Savage added.