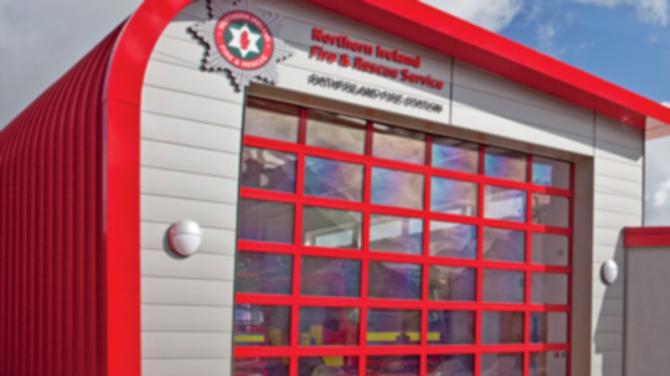 RATHFRILAND Fire Station has attended the highest number of call-outs for people trapped in their vehicles due to road traffic collisions in the Southern Command Area since the start of the year.

Figures released as part of ‘Road Safety Week’ (18 to 24 November) indicate that Rathfriland Fire Station had 14 call-outs to people trapped in their vehicles since January until October.

This amount is more than double from the previous year which saw Northern Ireland Fire and Rescue Service (NIFRS) attend six call-outs.

For this year, Kilkeel has tended to four call-outs, Warrenpoint three and Banbridge 10.

Since January, NIFRS South Area Command has had a total of 186 calls, 286 casualties and have rescued 130 people trapped in their vehicles due to road traffic collisions.

This is a decrease on last year’s number of call-outs which were 243. Casualties for 2018 amounted to 323 and the number of people rescued by NIFRS was 166.

Since January, NIFRS has responded to over 600 road traffic collisions and rescued over 440 people trapped in their vehicles.

This year’s ‘Road Safety Week’ focus was on rural roads and how the community can keep themselves and others safe on rural roads.

Crashes on rural roads are a major road safety problem and last year accounted for 53 per cent of deaths and serious injuries on our roads.

Alan Walmsley, NIFRS Assistant Chief Fire and Rescue Officer said that this age group is consistently, year on year, over represented in the numbers killed or seriously injured on our roads.

“This is why this ‘Road Safety Week’ and beyond, our focus will be to continue to work in collaboration with our partners to educate younger drivers aged 16 to 24, through our ‘Your Choice’ virtual reality road safety education programme,” he said.

The scenario is based on a crash occurring on a rural road as a result of a tractor pulling out in front of a distracted young driver.

“The programme, developed by NIFRS, is delivered by members of the emergency services to schools, colleges, youth groups and sporting groups to allow us to reach as many 16 to 24-year-olds as possible.

“The ‘Your Choice’ technology allows every user wearing a headset to experience the reality of being trapped in a vehicle.

“As a front seat passenger in the virtual world, the young person will be part of a crash scene and will experience the dramatic sights and sounds of emergency services arriving on the scene and the resulting rescue and removal of the casualties.

“We are reminding young people that they have a choice to decide what kind of road user they and their passengers will be.”

Mr Walmsley continued: “Unfortunately, firefighters and our colleagues in other emergency services witness all too often the lives destroyed, in particular among the 16 to 24-year-old age group, as a consequence of irresponsible road user behaviour.

“We hope that by educating young people through ‘Your Choice’, it will help keep people safer on our roads and reduce the number of road traffic collisions attended by the emergency services.”

“We must do all we can to share the road to zero - one life lost is one too many.”