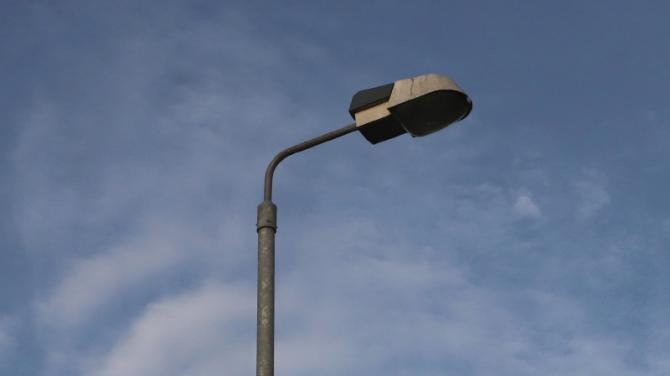 Out of the 8,000 broken street lights across Northern Ireland, some 765 outages are located in the Newry, Mourne and Down District Council area alone

NEARLY 800 of Northern Ireland’s broken street lights fall within the South Down area - and there is no money in the pot to repair them.

The figures were revealed to The Outlook by the Department for Infrastructure who has admitted “budget challenges” have forced a lengthy delay with repairs.

Last week the Department recorded close to 8,000 broken street lights across Northern Ireland - with 765 outages in the Newry, Mourne and Down District Council area alone.

This figure accounts for just over a tenth of Northern Ireland’s broken street lights within the local council area.

A Department for Infrastructure (DfI) spokesperson told The Outlook: “In common with many other parts of the public service, the Department continues to face budget challenges and resources are not available to provide for a full street lighting repair service. Due to the restricted service, outages may take much longer than usual to be repaired.”

The Department spokesperson said priority is given to hazardous electrical defects and group outages.

Commenting on the figures, political representatives within Newry, Mourne and Down District Council said they have all experienced frustrations with the delay to street lighting services.

Slieve Croob UUP Councillor Alan Lewis has described the level of outage across the district as “shocking” and a reflection of a Department “in crisis”.

Councillor Lewis said: “We are now seeing the outworking of no Executive at Stormont, reduced budgets with no locally elected and accountable oversight.

"I am reporting broken lights daily, right across the area, some could be off for up to six weeks.

“In the grand scheme of things, it may not be the most pressing problem, but it is simple and basic street maintenance.”

Councillor Lewis said residents pay rates that are expected to go towards lighting equipment to be maintained and working.

“I appeal to DfI not to leave us in the dark, tell us when these repairs will be reduced to an acceptable level,” he added.

Councillor Doran continued: “That vital service finished a couple of years ago due to cutbacks.

“Now a member of the public or an elected representative can report them as faulty and I have been inundated with calls over street lights recently and record at least one a day.

“We had a meeting with DfI about street lights a few months ago and we were told they would be repaired within five days, but that target has gone out the window.”

Councillor Doran said the problem needs to be addressed and repair times improved before someone is injured in the dark.

“This is a worry because we are now well into winter and footpaths are slippery and someone will fall in darkness and hurt themselves. It is a recurring problem and the Mournes area is badly affected by broken lights,” he added.

Meanwhile, Mournes DUP Councillor Glyn Hanna has called for the Department to put more resources into sorting the problem.

Councillor Hanna added: “Outages of street lights is a total hazard and there has been lights out near Kilkeel Harbour for months.

“I am constantly ringing the Department about this problem and there is not enough money and resources being put into these services.”

Councillor Hanna said he would like to see more LED street lights being installed in the future.

“I know that Newcastle has already started to roll these out and they are cheaper to maintain.

“It is a total disgrace that this hasn’t been resourced properly and people are ringing me all the time about them. The problem lies with the Department and it should be of higher priority,” he added.

SDLP Crotlieve Councillor Declan McAteer said he is “inundated” with calls from constituents regarding broken lights.

Councillor McAteer added: “The Department tells me that they have no budget for the repairs and this is not a good message to send out to people.

“A lot of people don’t realise why the lights haven’t been repaired and this is the reason why - there is just not the money there to fix them and the standards and services are slipping.

“However, this is also indicative of where we are politically and there needs to be accountability for this situation.”

Crotlieve Independent Councillor Mark Gibbons said at the time of going to press he was set to report a further 11 faulty lights across the Warrenpoint and Rostrevor area.

Councillor Gibbons added: “It is a disgrace and there is nothing being done to help the matter. It is easy to report a broken street light as the system is user-friendly however, with the budget not being there nothing can be done about it.

“I do think these figures are very high and more should be done when they are at this high level.”