Suspected drug use at lake 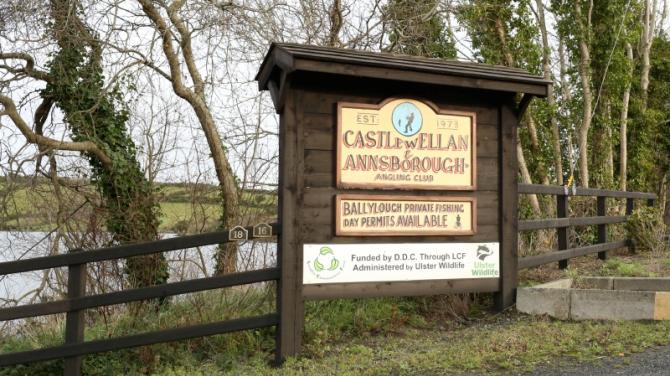 SUSPECTED heroin paraphernalia has been discovered at a popular fishing spot just outside Castlewellan.

The discovery was made at Ballylough lake, which is used for trout fishing and leased on a long-term basis by Castlewellan and Annsborough Angling Club.

Castlewellan man, Kenneth Pressagh has been secretary of the local cross-community fishing club that was established in 1973, for around seven years.

He says the heroin find is the latest discovery following weeks of anti-social behaviour and suspected drug-taking at the local beauty spot.

Mr Pressagh told The Outlook: “I first informed police a couple of months ago as I suspected there was drug-taking at the lake and members of the club had found dealer bags all over the car park. It is an open space that can be accessed from the Ardnabannon Road.

“We had an idea that this was happening and there were a few cars parked up and the problem is that it is very accessible and not the type of lane that you can put a gate on.”

Cars have also been congregating in the area to perform “doughnuts” at speed in the car park.

He added: “Last week things escalated in terms of anti-social behaviour and I got a call from one of the members who went to check that the bin we look after in the car park had been emptied.

“When the member arrived he found around four used needles and syringes on the ground of the car park and they were taken to our local police station in Newcastle.”

The club secretary said whoever discarded the needles had little thought for the public’s safety.

“I would say whoever is doing this doesn’t give a toss about the area and there is no regard for the safety of animals or children and they just don’t seem to care. It is disappointing.

“We put down a table and chairs at the lough that are fixed in the area so people can sit and have a picnic and it would also be popular with dog walkers too.

“I wasn’t surprised at all with what was discovered as there has been an ongoing situation around the Castlewellan area with anti-social issues. I would like to see police stepping up their patrols and need to keep the pressure on,” he said.

Mr Pressagh said because fishing is now in ‘closed season’ until early March, those carrying out the anti-social behaviour are taking advantage of the lake being quieter.

The local man has since contacted Slieve Croob UUP Councillor Alan Lewis to look into the problem further and put pressure on local police.

Councillor Lewis told The Outlook the recent anti-social behaviour is “unacceptable” and has called for more police patrols in the area.

“There is an active fishing club at this location who keep the area clean, tidy and accessible. The club has invested a lot of money to ensure that fishing at Ballylough is enjoyable for all who attend.

“It is deeply disappointing that there are those who seek to damage the area through vandalism,” he said.

Councillor Lewis said he has also recently dealt with a case of fly-tipping in fields surrounding the lake.

He continued: “Those responsible have little to offer society and clearly lack a sense of belonging within the local area.

“I am also extremely worried by the recent find of drug paraphernalia and syringes, this indicates that the area is being used for far more sinister activity.

“I have asked local police to increase their patrols and utilise stop and search powers. I expect necessary pro-active measures to be taken to try and stamp out anti-social behaviour and drug use at Ballylough.”

The local political representative also reiterated fears that the safety of families and young children could be compromised with the ongoing anti-social behaviour.

He added: “Fishing club members often accompanied by their young children have a right to enjoy their sport without fear of what they might pick up or find.”

Meanwhile, Inspector Darren Hardy said: “I fully understand the effect anti-social behaviour can have on communities. Police are here to listen to all community concerns and to work with local residents and partner agencies to find a solution to any issues and will act on any information we are given.”

Inspector Hardy said he would encourage the public to report any incidents of anti-social behaviour to police at the earliest opportunity in a bid to help prevent and detect crime.

Anyone with any information on recent incidents or with general concerns regarding anti-social behaviour should contact the Downpatrick local Neighbourhood Policing Team on 101.