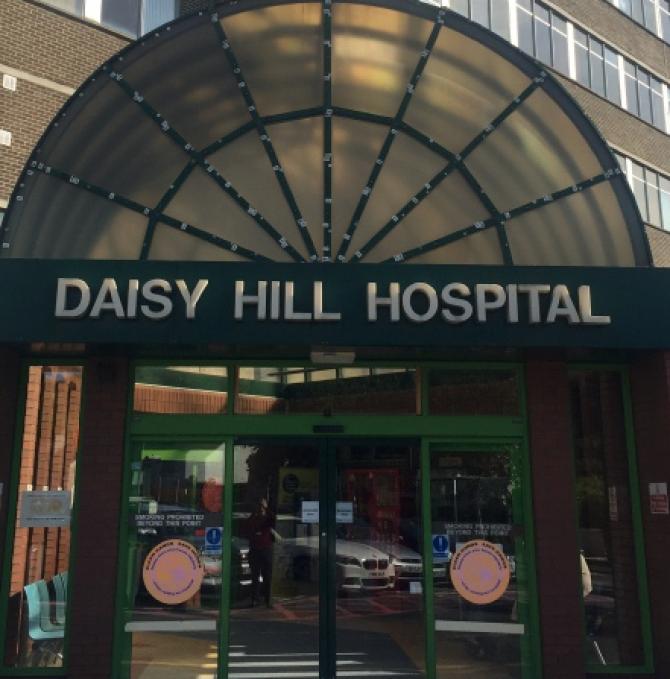 THE Southern Health and Social Care Trust has spent some £16,000 in the last year on pest control decontaminations.

A Freedom of Information request submitted by this newspaper has also revealed there were 21 sightings of pest activity in Daisy Hill Hospital over a 19-month period.

The figures come after The Outlook revealed last month that a mouse was recently sighted on one of the wards in Daisy Hill Hospital.

However, in a statement at the time, the Trust denied there was an infestation issue at the local hospital and sought to allay concerns of patients and staff.

The spokesperson said the effective management of all pest control incidences is taken “extremely seriously” by the Trust, who employs a private company to provide pest control services.

The Freedom of Information Act revealed that from 1 April last year to 31 March this year, the Trust spent £16k on pest control services to provide a decontamination process.

This figure includes contracted services and call-out charges for specific episodes, according to the Trust.

From 1 April last year to 31 March this year there were eight call-outs for sightings or signs of pest activity where action was taken by the pest control company.

However, the number of call-outs for pest control in Daisy Hill has witnessed a sharp spike over the last seven months.

Figures from 1 April to 31 October revealed there were 13 sightings or signs of pest activity in just this seven-month period.

The Trust says in order to prevent rodent spotting within Daisy Hill it provides a number of measures.

These can include laying additional bait, sealing gaps around pipes and fitting brush strips on doors.

A Trust spokesperson said: “There are well-established proactive pest management systems in place, recognising that good pest control is an essential part of maintaining a safe environment.

“After each pest control treatment, a decontamination cleaning process is carried out in the affected area to ensure that the area can be safely used without any risk to patients or staff.”

Meanwhile, DUP South Down MLA and former Health Minister, Jim Wells has questioned the spend and if the Trust is getting value for money.

Mr Wells said: “It is an old building and in an ideal world, Daisy Hill Hospital should be replaced with a modern, state-of-the art hospital.

“However, because it is so old I would also say this is part of the problem. In saying that, this figure of £16k does seem like an awful lot of money over just a yearly period. What are we actually getting for that?”

Mr Wells questioned the spend and the fact that following decontamination services, there are still repeat episodes of rodent detection.

“If the Trust is spending that amount of money I feel like the problem should be eliminated. Would the Trust not be better spending money on preventing the issue once and for all?

“It must be alarming for patients to see a rodent running about and I would ask the Trust to see if they are getting value for money.

“With this figure highlighted, you are talking about two thirds of a nurse’s salary to chase mice around a hospital, but in the overall scale of things it is not a huge amount for preventative measures,” he said.

Councillor Doran said the £16k spend over the last year is a necessary cost for patients’ safety.

“Daisy Hill is the main hospital for the Mournes and pests within the hospital can be a problem because of doors being left open and a rodent therefore could get in at any stage.

“I would therefore welcome that these actions have been taken. You can’t put a price on the health of the general public.

“These are necessary measures that have been taken by the Trust for the safety of all patients using the hospital,” he added.