Extra PSNI officers in South Down for Brexit 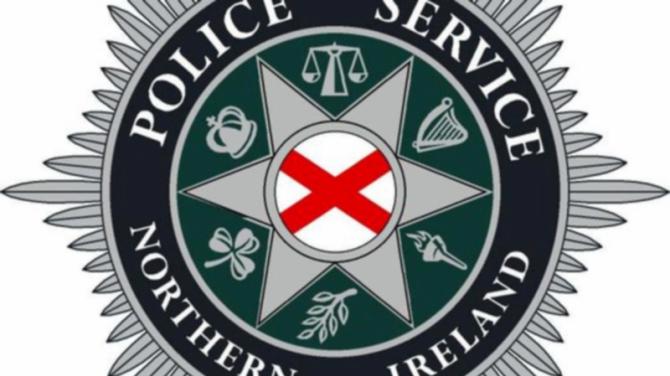 THE PSNI has deployed extra officers in the South Down district to deal with Brexit, The Outlook can reveal.

In a Freedom of Information request submitted by this newspaper, the PSNI revealed it has a plan in place for Brexit as the UK prepares to leave the European Union (EU) on 31 January.

This plan includes extra policing locally as the impending departure comes after months of delays and was cemented after Prime Minister Boris Johnson’s Brexit deal was eventually passed by MPs.

Last December the Treasury allocated the Police Service of Northern Ireland (PSNI) £16.48m to make necessary preparations for the EU’s exit in 2019-2020.

However, this funding could only be spent from April 2019, according to the PSNI’s Financial Services Branch in a separate Freedom of Information request.

Extra policing on the ground to deal with Brexit, which has been called the ‘PSNI EU Exit Team’ will have Neighbourhood Policing duties in a support role capacity.

The Freedom of Information response said these officers in neighbourhood teams are part of district policing command and form part of the local district response provided to the public.

Slieve Croob Ulster Unionist Councillor Alan Lewis said the PSNI will constantly review and assess where it needs to place its officers.

The UUP representative, who is also an elected member of the local council’s Policing and Community Safety Partnership (PCSP), has since welcomed the addition of more officers on the ground locally.

Councillor Lewis added: “Already this year over 100 new police officers have been recruited in preparation for Brexit.

“It is no surprise some have been located in South Down and as a local representative who wants to see the maximum number of police in our community, I would be annoyed if they hadn’t been.”

Councillor Lewis also commented on the level of funding that was allocated to the PSNI back in December 2018.

“This funding from the Treasury was to ensure that extra officers could be employed by April 2020, and was originally requested by former Chief Constable, George Hamilton and was part of pre-Brexit planning in the case of an uncertain exit from The European Union.

“Although the name ‘EU Exit Team’ implies that these officers will have specific Brexit-related border enforcement responsibilities, I am led to believe that this certainly is not the case.

“They will be integrated into existing neighbourhood policing teams, boosting numbers and increasing boots on the ground.”

Councillor Lewis said the deployment of extra officers is “absolutely crucial” in order to tackle crime across the South Down district and asked for visible policing units.

He continued: “I call on area commanders to ensure that more emphasis is focused on detecting and deterring rural crime including burglaries and attacks on vulnerable or elderly citizens who should feel safe and secure within their homes.

“With a number of high-profile dissident republican attacks in 2019 and many more foiled by the security forces, it is essential that the PSNI across South Down have the resources and personnel to thwart any such behaviour.

“Criminality under the cloak of Brexit is still criminality, so that’s why I welcome the increased efforts of the PSNI.”

It went on the market in 2016 and its sale was halted because of the continuing uncertainty surrounding Brexit.

The Irish border has been the main sticking point throughout Brexit talks and it is still unclear what it will look like when the UK leaves the EU.

Newry, Mourne and Down District Council wanted to buy the former police station at Charlotte Street and there had been talks it would be converted into a community centre.

However, in May 2018 the PSNI advised the station was no longer surplus and not for sale and Clonallon Park has since been agreed as the preferred site option for the community centre in Warrenpoint.

Councillor Gibbons, who is originally from Warrenpoint, said the addition of more policing is reassuring, especially due to recent anti-social behaviour and the fact Warrenpoint is a border town.

Councillor Gibbons added: “These are welcome measures and the fact extra policing is happening is good news, even if it is just as a precautionary measure.

“No-one knows what way Brexit is going to pan out and so I do welcome the fact there is going to be more police on the ground and within the local community to tackle issues.

“If it comes down the line that there is no need for this PSNI EU Exit Team then it is better that they were deployed than not at all, instead of the case that we do need them and the resources are then not available.”