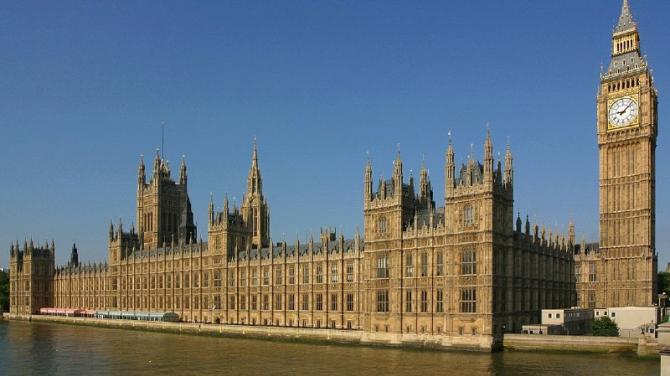 Many voters were left unable to exercise their right to vote in the Westminster General Elections last December. The scale of the problem is coming to light after a whistle-blower described the registration process as ‘chaos’

REPORTS of voters who registered on time in the recent Westminster elections but were still denied their right to vote, has sparked one political party to call for a complete review of the system.

Voters had until 3 December to submit any changes but one Annaclone woman has told The Outlook that despite being well within the deadline, she was informed on 2 December that she was not eligible to vote.

Bernadette Byrne was originally registered to vote at her current address in Annaclone where she lives with her partner and wanted to change to vote in Mayobridge where she is from and where her parents still live.

Bernadette’s reason for this was due to working a 12-hour shift at the Southern Hospice on the day of the election (12 December).

“I knew I would be unable to get back in time from Newry to vote and I thought it would make sense to re-register at my parents’ address.

“I thought I was being very organised by informing the electoral office well in advance,” Bernadette explained.

However, on 2 December she received a letter detailing that she had been taken off the register as she had not provided enough information with her claim.

Bernadette said she couldn’t believe that they had left her with a day to try and obtain the extra information she needed, especially after sending her form off weeks in advance.

“Unfortunately, they couldn’t accept my driver’s licence because it was less than three months old with my new address.”

Bernadette said that she had no other information as all the utility bills are in her partner’s name at her address in Annaclone.

“I went directly to Sinéad Bradley’s constituency office and a member of staff reassured me that they would try and get me back on the register.

“I called to my bank to try and change my address with them but the cashier said it would take a good few weeks to process the change.

“I explained my dilemma and they were good enough to sign a confidence slip, however when we made the electoral office aware they said it wouldn’t suffice.

“So I had to register again back with my Annaclone address.”

Bernadette added it was extremely frustrating as she had to “work to get her vote”.

“I am sure there are many people out there in similar positions who perhaps didn’t pursue it and ended up not being able to vote.

“It was so much hassle and without the help from the constituency office, I wouldn’t have known what to do.”

Bernadette was reinstated back on the Annaclone register on 10 December and was able to cast her vote.

A whistle-blower who worked in the Electoral Office of NI described the registration process as “chaos” claiming that many people wrongly lost their chance to vote due to failings by the office.

The whistle-blower claimed that in the days running up to the deadline (3 December), the Electoral Office had not processed many of the applications, so if the applicant was asked for extra evidence, they simply did not have enough time to get it in.

Roishin Magennis from the Mourne area said her son was unable to vote as he was not on the list when he went to his polling station.

“However, he had his voting card which was posted out to him before 12 December,” she said.

Roishin’s son had travelled from Belfast to vote in his home town.

“He had his election card and when he went to cast his vote they told him he was not on the list.”

Roishin said her son who has been voting since he turned 18 was “very disappointed” and was told it was a “clerical issue”.

Speaking to The Outlook about the reports of voters being denied their vote, MLA Sinéad Bradley said this most recent election has presented “new problems”.

“This most recent election has presented new problems, not least the confusion that existed in one ballot box in Hilltown, when many voters were diverted to a new polling station.

“A new online registration system, allegations of incorrect closure dates being advertised for postal and proxy votes, together with reports of a backlog of unprocessed applications, have compounded serious concerns surrounding the system being used.”

The MLA said that the scale of the problem is not yet fully understood but confidence in the system has been shaken and raised questions surrounding results in marginal constituencies.

“For democracy to work, our electoral system needs to be beyond reproach, it must be robust, fit for purpose and consistently enforced, in all its parts, without compromise.

“Our individual right to vote is the corner stone of a structured democratic society, any denial of that right must be vigorously investigated and challenged.

“The SDLP have called for a complete review of the system and any failures within it to ensure voters can engage with confidence in all future elections.”