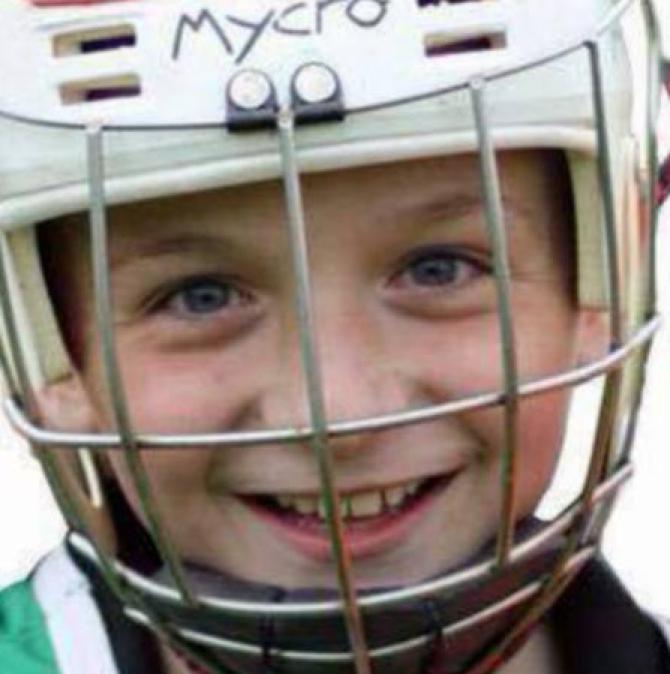 Ballyvarley teenager, Mark Colgan was just 14 when he passed away on 20 March 2014

FAMILY and friends of the late Mark Colgan have raised over £28,000 since his untimely passing nearly six years ago.

The Ballyvarley teenager passed away on 20 March 2014 after he was knocked down by a van outside his home on the Scarva Road.

Mark (14) was the son of Felicity and Mervyn and much-loved younger brother of Paul and Aideen.

He was also a popular pupil of St Colman’s College, Newry and a talented football player and hurler for Aghaderg-Ballyvarley GAA Club.

Since Mark’s passing, his family have kept his memory alive by fundraising every year in the run up to his birthday on 14 December.

Mark’s mum, Felicity was contacted by a couple of Mark’s friends close to what would have been his 20th birthday last month.

His close friends proposed the idea of a memorial football match in memory of Mark and his love for the game.

Felicity said: “Mark's friends, Darragh McAvoy, Ryan Fennell and Peter Campbell approached me around mid-November to say they wanted to have a memorial match.

“They asked me what charity I wanted to donate the proceeds to and I suggested that it would go to Roadsafeni Charity - Newry Mourne and Down Committee.”

Felicity said she was “very touched” by Mark’s friends’ suggestion of a fundraiser in order to celebrate his birthday.

“I am so happy that Mark had such good friends behind him and the fact they still think about and remember him is so lovely, even though they have grown up and moved on since his passing.

“The match took place on 15 December at the 3G pitch in St Colman’s and St Colman’s played Aghaderg, winning the charity game.”

A GoFundMe page was set up ahead of the match and local businesses also provided sponsorship.

Felicity has since thanked the generosity of family and friends who donated, raising over £2,500 from the memorial match.

“I feel so very proud of the boys and they have since suggested to me that they would like to make the memorial match an annual event, which is wonderful!

“Over the last five years we have raised over £28,000 in Mark’s memory and a lot of charities have benefited from this amount.

“I know I will be doing something every year to remember Mark on his birthday until I am fit and able to do so,” Felicity said.

The Ballyvarley woman also spoke about new friendships she has formed through the grieving process following Mark’s death.

“Since Mark’s passing I have become friendly with Ciara Sands and Monica Heaney, the girlfriend and mother of Karl Heaney, who was killed on the A1, through a bereavement group that we are involved with.

“Ciara and Monica have been a wonderful support and Monica even helped me gather up money on the pitch during the memorial match for Mark.

“They have set up a group to help families who have been affected by road tragedies, and I wish there was something like this in place in the aftermath following Mark’s passing as it has helped me so much,” she added.