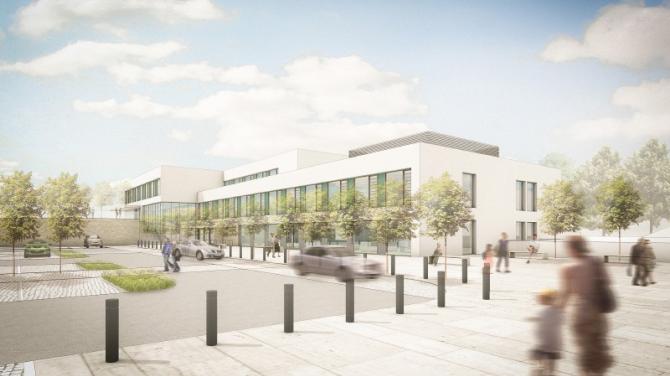 A STATE-OF-THE-ART medical village for Rathfriland has been given the green light by the council's Planning Committee.

The ambitious health hub, which was submitted to Armagh City, Banbridge and Craigavon Borough Council last year, is the brainchild of local entrepreneur, Brian McConville, owner and chairman of MJM Group.

Earmarked for Newry Street, the proposal represents a huge investment from the Rathfriland native of approximately £26.3m and will create hundreds of new jobs.

Planning approval was granted for the application with no objections at Wednesday, 12 February's Planning and Regulatory Services Committee meeting.

The scheme which was brought forward by McConville’s property division, Rathbane Holdings will see the development of a GP surgery and associated facilities, including a pharmacy, physiotherapist, podiatrist, dentist and opticians.

Also included in the proposal are plans for a 140-bedroom nursing home, a number of retirements homes and 14 assisted living apartments.

The medical hub was developed following local concerns about health care provision following the closure of Dr Sloan & Partner GP Practice on the Castlewellan Road in 2018.

It was this closure which prompted Mr McConville to take action and the current healthcare provision for the Rathfriland locality is substantially inadequate to serve the local population.

Patient numbers at the health centre on John Street have been increasing year-on-year which continues to place a substantial pressure on the existing service.

The ambitious proposal was also supported by letters from a number of local sources in Rathfriland and the surrounding rural areas who confirmed that this proposal is a “necessary” community facility.

Mr McConville said he was “absolutely delighted” that his vision for better healthcare provision has been brought successfully through the planning process.

He added: “I am from Rathfriland and I have seen the difficult situation current health care providers and patients are experiencing in the town.

“It is almost two years ago when I sat down with my team and said ‘what can we do to help?’.

“We started a process of engagement with the GPs, Rathfriland Regeneration Committee, local people and the council.

“A GPs facility built and managed by a private entity is not sustainable on its own, so we came up with the hub concept.”

Mr McConville said the proposal will allow GPs to run their services from state-of-the-art facilities with extensive, accessible parking subsidised by the other private services on the site.

Read the full story in this week's Outlook