Fire crews deal with spate of campfires at weekend 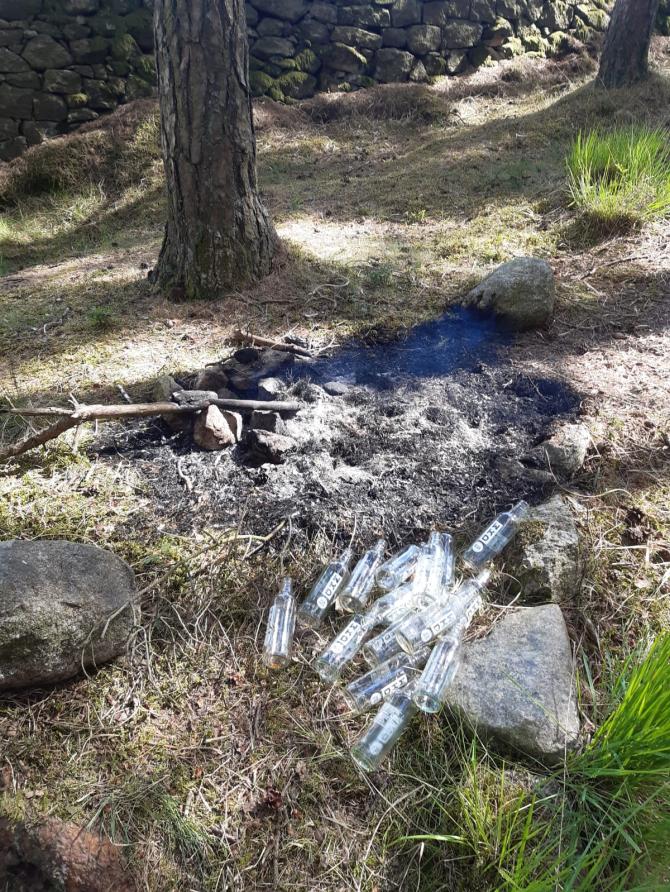 A wooded area at Leitrim Lodge where Game of Thrones was filmed, that was set alight

LOCAL firefighters were tasked to a spate of woodland campfires over the weekend.

On Saturday, 30 May shortly before 11pm two appliances from Newcastle Fire Station were tasked to the Tullybrannigan Road.

Firefighters were called to an incident where several campfires had been lit in the area and advice was given to the public and the fires were extinguished.

A watching brief was then carried out for any grass or wildfires throughout the night until 5.18am the following morning.

Shortly after 11pm on the same evening, one appliance from Warrenpoint Fire Station was called to a blaze in Rostrevor.

People had lit campfires in the area and again firefighters gave advice and extinguished two campfires and the incident was dealt with by 11.30pm.

The Mourne Heritage Trust also posted on social media about a blaze at the wooded area at Leitrim Lodge where the Game of Thrones was filmed.

The fire was still smouldering on Sunday and the Trust issued advice for people to be responsible and vigilant.

Meanwhile, a Northern Ireland Fire and Rescue Spokesperson said: “This has been an exceptionally busy spring period for fire crews who have worked hard in tough conditions to extinguish these wildfires.

"Due to the recent hot weather, grass and gorse is extremely dry and NIFRS would appeal to members of the public not to light small fires or disposable barbecues as these can lead to significant wildfire incidents and damage to the countryside.”