Significant announcements made on businesses reopening 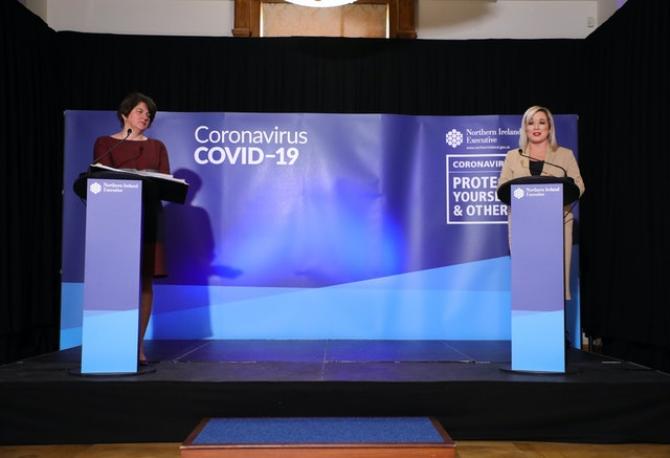 IT has been confirmed that hairdressers, barbers and nail salons can aim to reopen from Monday, 6 July.

Arlene Foster also announced that places of worship should plan on the basis of reopening from week beginning Monday, 29 June. She said the Executive would confirm this date next Thursday (25 June).

The announcements were made as it was revealed the R number is currently between 0.6 and 0.9, enabling the Executive to ease some further restrictions.

The Health Minister, Robin Swann also made public news for those who have been shielding in the coronavirus lockdown.

From 31 July, subject to the rate of community transmission continuing to be low, people will no longer need to shield and should instead follow the same guidance and precautions as those considered to be generally vulnerable. That involves taking particular care when out and about - and strictly maintaining social distancing.

Mr Swann said letters will be issued in the coming days to all those covered by shielding informing them of the planned change.

“I have been clear that shielding would not last one minute longer than it needed to. We have now reached the point where, if the current trends continue, there will be no need for anyone to shield after 31 July,” said Mr Swann.

“I have listened to many of you and to the challenges you have faced during this period. I am in no doubt as to the difficulties shielding has presented for a great many people.

“It is unrealistic to think these difficulties will just vanish because the need to shield has ended. That is why the letters we issue will provide details of the support which will continue to be available up to and after 31 July.

“While my announcement will be welcome news for many who are shielding, some will view the prospect of an end to shielding with great anxiety. I want to assure them that they should decide what to do at their own pace. Everyone will approach this situation differently.”

Meanwhile, Michelle O'Neill said Thursday would be a “significant day” for more decisions.