Weekend of events planned as hockey returns to Havelock 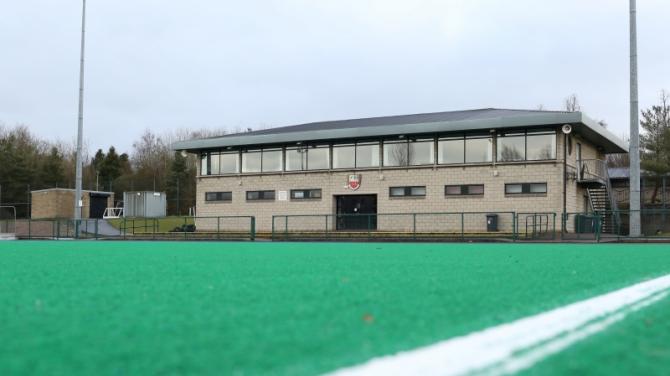 WITH the new pitch now in place plans are now being progressed to officially mark its opening with a series of hockey-based events over the weekend of 31 August and 1 September.

All aspects of the various hockey playing elements within the club will be represented over the two days.

Coming on the back of the phenomenal success of the Irish women’s team in the World Cup, it will provide a further opportunity to showcase the talent within the club and what the sport of hockey in general has to offer.

The juniors open proceedings on the Friday night with various age groups under the guidance of their coaching team filling the entire pitch, all striving to be the stars of tomorrow and emulate the feats of local international stars Olivia Berry, Nadia Benallal, Eugene Magee and Johnny McKee.

They will be followed by a men’s 2nd XI side taking on an ex-pats team made up of club members either living, studying or planning to study away from the club.

The school’s involvement further builds on the strong links existing between the school and the club. These games will then be followed by a ladies game with Bann taking on a CIYMS side in what will also be used as a good pre-season test for the locals.

Following this a Bann Masters, a side packed with international caps, All Ireland winners, interprovincial experience and in most cases now possessing uncanny tactical knowledge in lieu of physical prowess, will take on an Ulster/Irish over 40s side.

This will no doubt rekindle previous battles with the likes of McAnulty, McCandless, Bell, Allister, Tumilty and Carson all turning out for Bann. A recruitment exercise is currently ongoing to locate enough physios to look after this side!

Bann Ladies 1st XI squad then take centre stage against a Dublin side to add an All Ireland flavour to the day.

The locals will also be using this fixture as part of their pre-season programme as they seek to put their opening weeks training into practice.

Then it is the turn of the senior men, sponsored by Select Insurance NI and Hannath Estate Agents, who will take on a senior representative XI in what is hoped will be a fast-flowing game of hockey littered with internationals past and present, with the added spice of the youth on both sides seeking to get one over on their more illustrious opponents.

Bann will be hoping to parade their new signing, David Rae in their squad as they look to build on their previous preseason fixtures.

At half time in this game some of the stars of tomorrow in Bann’s primary school section will take to the pitch with their coaches to put on a skills display to showcase their prowess and ability. To see this group in action will take your breath away at how they go about the game and the sheer enjoyment they and their coaches get out of it. It is worth a trip down alone just to see them in action.

The final game will hopefully see Bann under 15 boys take on South Antrim under 15s in a game which is a repeat of last year’s under 15 cup final when Bann, with a superb performance, overcame a very strong and skilful South Antrim side who will no doubt be out to exact some revenge for this defeat.

All-in-all, with new goals and dugouts to further enhance the superb new playing arena, it promises to be a couple of days not to be missed as the locals look to mark the opening of their impressive new facilities.

Representatives from the Department for the Community and Armagh City, Banbridge and Craigavon Borough Council who part-funded the project will also be in attendance to officially open this world-class facility.

The timetable for the weekend is detailed below and with food, tuck shop and refreshments available all day and music in the clubhouse after the final game, it promises to be a day for everyone to enjoy the new facilities and provide the perfect start to a new season.

Further updates will be available on the club’s Twitter and Facebook sites. Be a part of it!