Inter-girls take gold medal amid haul of wins for school 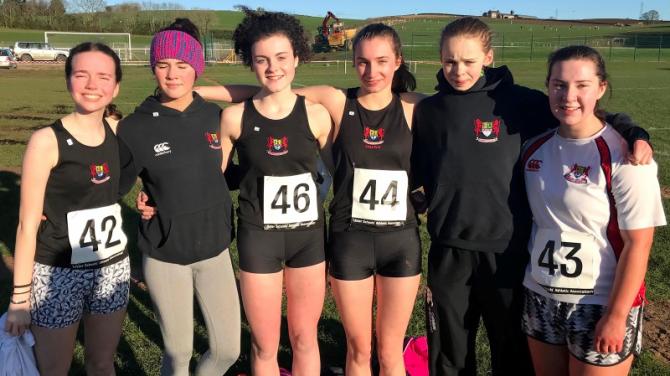 BANBRIDGE Academy’s competitive cross-country season got off to a flying start at the Co Down District Championships, held on a frosty day at the Billy Neill Centre in Dundonald.

On the boys’ side Simon Ferris and Matthew Stevenson claimed silver medals, and five other Academy athletes also qualified for the Ulster Championships.

Bethany’s run was outstanding from start to finish. The hilly course suited her well and she dominated from the beginning to win her first District Cross-country title.

All three finished in the top 15, qualifying for the Ulster Championships.

Emily Stevenson and Lauren Tucker also ran well resulting in the girls finishing as the best team by far and winning the gold medal and the trophy.

This is the first team cross-country trophy Banbridge Academy has claimed in many years, so well done to the girls on a magnificent performance.

The boys were not to be outdone. In the Minor Boys’ race Matthew Stevenson ran superbly to finish second and claim silver, as did Simon Ferris in the Junior Boys’, who had to dig deep in the final section of the race showing immense determination to see off his rival for the silver.

Beyond these medal winners several individuals qualified for the Ulster Championships.

Emily Cantley finished 14th in the Senior Girls’ to complete our set for the Ulster Championships.

Other runners competing included - Jasmine Carson, Grace Hamilton and Lucy Grossman in the Mini Girls’ while Anna McKernan and Emma O’Neill competed in the Minor Girls’.

Overall it was a very good day for the Academy athletes and those who have qualified are now looking forward to the Ulster Schools’ Championships on Wednesday, 13 February at Mallusk Playing Fields, Belfast.