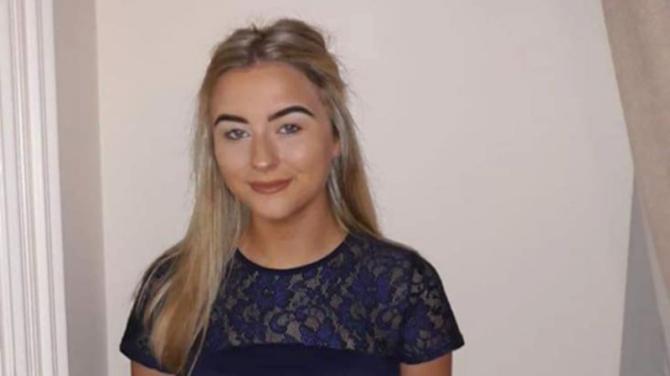 Hilltown teenager Aoife Trainor made history at the weekend.

Aoife was crowned the Scór na nÓg's All Ireland Champion in solo singing. The 15-year-old Clonduff GAC member took to the stage to sing her song Slán Abhaile (meaning ‘Safe Home’) in the finals in Castlebar on Saturday (16 February).

When the results were announced, her parents, Marty and Susan, said there wasn’t a dry eye among the 100 supporters who had made the eight hour return journey to support their daughter.

They are “over the moon” with their daughter’s success.

“It has been such a weekend, full of rollercoaster emotions. Aoife has worked so hard for this win and she really deserved it,” her mum Susan said.

“She has been competing in the solo singing since she was in primary seven and every year she managed to make it just more round.

“The first year she made it to round one, the second year to round two, the third year to round three, the fourth year to round four. But this year, she came on leaps and bounds and made County final then the Ulster semi-final, then she won then Ulster final and then the All-Ireland final.”

Susan said they are so proud of their daughter’s resilience throughout the past five years.

“She kept getting knocked out but she came back stronger and stronger every time. To see that cup in her hand and tears of happiness on her face makes it all worthwhile.”

Aoife, a fourth year pupil at Sacred Heart Grammar School in Newry, has always had an interest in music.

“She is always singing away in the house,” her mum said.

“For the competition you have to sing the same song at each stage but Aoife has been working with her music teacher to try and improve her song through each performance.

“Aoife is normally a very shy girl but once she gets on stage and sings, she is very confident. As parents it was the most nervous day for us waiting and then watching her and then waiting for the results. It was a very tough competition, but she did deserve to win.”

Aoife had a lot of home support and Susan thanks them all, including: “I want to say a special thank to Aoife’s singing teacher, Catherine Murphy, who instils Aoife’s confidence weekly and helped give this song the justice it is so deserving of, to Paula Magee for all her guidance from day one, and to her mentors in Clonduff - Anita Brannigan and the main man himself Thomas Murnin (Tooter). She couldn’t have done it without you all.

“We had around 100 supporters who travelled to Castlebar on the four hour bus journey down and four hour journey back - all on the same day.

“We then had double celebrations when we returned home on Sunday evening with a homecoming in Clonduff Club and then, thanks to Pauline, in the Downshire Arms as well.”

After five years of waiting for success, Susan thinks Aoife will let someone else have a chance at success next year.

“It is an amateur competition and everyone deserves their day. She has worked hard and has got her medal, I think everyone deserves to have their fair shot. She has been part of the Clonduff ballad group for the past four years so she might continue with that,” said Susan.

Anita said that Aoife has been competing in a competition for under 17s since she was only 10.

“We are just so proud of the way she has come back and improved every year and the joy that her win has brought to the whole parish.

“Winning an All Ireland is an achievement but even if she had not won, to get to the finals is also some achievement.

“Her win makes her the best singer in her age group in the whole of Ireland,” added Anita.