My healthy brother died from a stroke at just 33.. it could happen to anyone 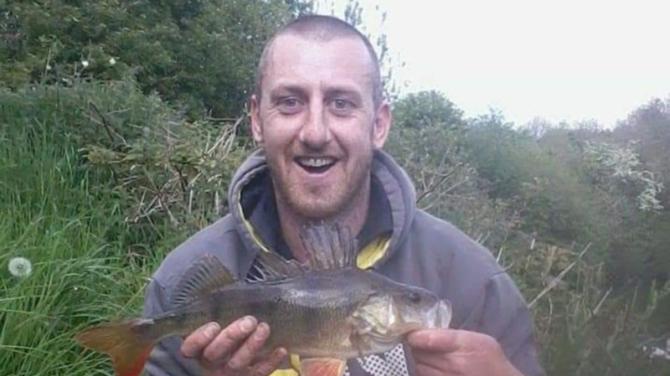 A BANBRIDGE woman whose brother died from a stroke is making it her mission to keep his memory alive.

The well-known local man had shown no signs of being ill before he took a massive stroke that would ultimately take his life.

Jamie, was a devoted dad to eight-year-old Bailey, and son of Jacqueline and Roy.

His sister, Zoe Wilson-Brown paid tribute to her younger brother ahead of a family fundraiser in Jamie’s memory this May.

Zoe, who is married to David and a mother of two, said: “Jamie was just a wonderful brother to myself and Jason, Kirk, Tara and Harley.

“The six of us were all very close. Jamie just loved cars and could have turned his hand to anything to do with mechanics. He lived on a farm in Corbet and would have helped out on the farm too.”

Zoe, who is still reeling from Jamie’s untimely death, said her brother loved spending time with his young son.

“Jamie died Bailey’s hero. He loved taking him out and doing things with him and spending lots of time with him.

“They went camping and on fishing trips and out on their quad bikes together. Jamie really thrived in showing Bailey all of the things that he loved to do as a child and they were both really close to each other.

“He was a devoted dad and was always surrounded by family. Nothing would have stopped him being there for Bailey and spending time with him.

“Bailey still stays with me every weekend. I would take him swimming now and again too, we have such a close bond too,” she said.

Jamie, who enjoyed weight training and keeping fit, showed no signs of being unwell in the days and weeks before his death.

Zoe emotionally recalled the day she found her brother collapsed at his home.

“My mum was concerned that she hadn’t heard from Jamie for a couple of days; they would have been really close.

“She had started to get concerned and I phoned a neighbour of Jamie’s to go and check on him.

“The neighbour at first couldn’t get hold of Jamie but then they phoned me back later when I was at my friend’s house to say that they had managed to get Jamie but he didn’t seem well.

“I was at his house within five minutes, he just seemed very confused, although he did recognise me,” she said.

A short time later Jamie collapsed inside his home and Zoe started to administer first aid.

“I brought him round again, but then he started to take some kind of seizure and in the meantime we had phoned for an ambulance.

“He was breathing during all this, but didn’t seem to know who we were and when the ambulance arrived, he was taken over to Craigavon Area Hospital.”

Doctors later confirmed that Jamie had suffered a massive stroke and due to complications he was transferred from Craigavon to the Royal Victoria Hospital in Belfast.

Zoe continued: “Doctors were worried about swelling to the left-hand side of his head and also a blocked artery in his neck.

“They were concerned about going in to drain it and the risks of operating. We just couldn’t believe what we were being told and we asked everyone to pray for him. The situation looked so grave.”

However, over the next couple of days Jamie’s condition seemed to gradually improve.

“He seemed to be responding to the treatment well and had started to come round eventually.

“He knew all of us and we just told him to be strong for Bailey. By that stage he had lost the power on his right-hand side but he tried to talk and was making wee sounds and starting to drink and eat some puréed food.

“For a time we thought he was making progress and starting to get through the worst.”

Jamie’s condition had improved so much that he was transferred back to Craigavon Area Hospital.

However, just a short time after this transfer he became critically ill.

Zoe continued: “On the Friday he just seemed to be really agitated and we thought that might have been to do with the move to Craigavon from the Royal.

“My mum and dad and brother were with him most of the time and I had arranged to go in and see him later that day.

“However, my mum called and told me that I needed to come up as Jamie had taken a turn for the worse.

“When I went up to see Jamie he just looked like he did that day when I found him unwell at his home.”

Jamie was sent for a scan of his brain after his condition worsened.

“The doctors came back to say that he had taken a massive bleed. On Friday night he went down into the ICU [Intensive Care Unit] and we stayed with him for as long as we could.

“For a time he was still responding neurologically. We hadn’t given up hope on him but then he was getting less and less responsive.”

Jamie was pronounced clinically brain dead at 11.15am on Monday, 7 May 2018 and his family were given time to say their emotional goodbyes.

“He was given adrenaline and assistance with his breathing to keep him comfortable and kept on life support.

“The hospital staff were wonderful and gave us as much time as we wanted with him before they turned the machines off.

“Bailey always thought his dad was going to come home to him, it was so difficult to tell him that this would not be the case. We all just broke down holding each other after he passed away.”

And now, nearly a year after her brother’s death, Zoe says she wants to keep Jamie’s memory alive as much as she can.

She added: “I talk to him all the time and we have to keep Jamie’s memory alive for Bailey, that is what we have been doing as a family.

“My mum is giving me strength following Jamie’s death. She really is just the heart and strength of our family.”

As a tribute to their devoted son and brother, the family are holding a coffee morning on Saturday, 4 May to mark the first anniversary.

Zoe said: “On 7 May Jamie will be gone a year and we are marking his first anniversary on Saturday, 4 May with a coffee morning in Banbridge Town Hall from 12pm to 2pm.

“I want to get the message out that it’s just not elderly people who suffer from strokes, it could literally happen to anyone.

“The Stroke Association and Cruse Bereavement have both been a great support for our family and for Bailey too. We want to give back to them for all the help they have given to us.”

The family will also be holding a pub quiz and disco with a raffle on Jamie’s 35th birthday on 27 July and a charity bag pack in September.

“We had so much help and support last year with our first fundraiser and we are just hoping for the same again this year. If anyone wants to help out or get tickets for the disco they can contact me too.”

If you would like to help in anyway with the upcoming fundraiser in May contact Zoe on 07701372618.