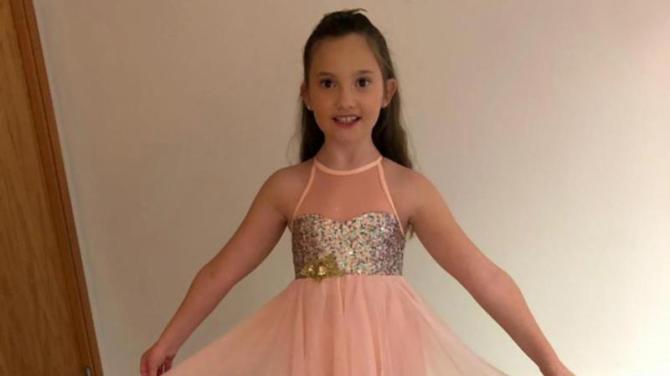 A RATHFRILAND girl danced a solo with celebrity dancer Brendan Cole in front of a packed audience at the Waterfront Hall last week.

Cole has been a dancer on the BBC’s Strictly Come Dancing for over 10 years and recently started touring with his own show.

Brontë Primary School pupil, Mya attends the Belfast School of Performing Arts (BSPA) each week. BSPA members were asked to perform for Cole’s ‘Showman’ tour and Mya was selected to perform a solo with Cole in his ‘Cinderella Dance’. Mya was chosen by BSPA for her dancing ability.

Mya played the part of Cole’s young daughter as the piece of music used means so much to him and his wife. The performance was a tribute to Brendan Cole’s daughter and is danced to ‘Cinderella’ by Steven Curtis Chapman.

One audience member said: “Mya danced beautifully with Brendan on stage. At one point he lifted Mya and swung her around in his arms, as if she was his daughter. We all loved Mya’s performance and she received a well deserved round of applause.”

Mya got a chance to meet with all the dancers, singers and Brendan himself.

It was a particularly special week for Mya, who also attends the Rowan Academy of Dance and Judith McCabe-Wells, her singing and performance teacher, as she celebrated her 10th birthday the day after the show.

Mya's big performance was just a day before her 10th birthday!

When asked, Mya said it was “great fun dancing at the Waterfront in front of so many people!”