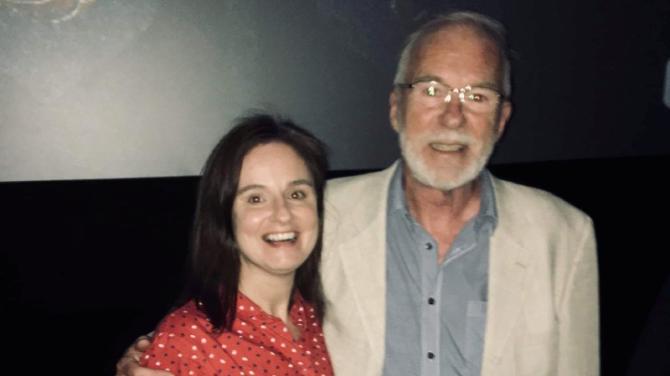 A GAME of Thrones extra has welcomed the opening of its Corbet studio tour next year.

The upcoming tour is expected to create an influx of tourists when it opens in spring 2020.

HBO Licensing and Retail Partners are partnering with Corbet-based Linen Mill Studios to open the studio tour inspired by the renowned HBO series which is beloved worldwide.

Claire Small from Castlewellan, who runs Mourne Creative and a number of workshops in Kilcoo, features as an extra in the upcoming season which is to air later this month.

The textile artist says it is great from a local perspective that the film industry has “taken off massively” in Northern Ireland.

Claire added: “I know a lot of people who have started off as extras and are now working in another department.

“There is a lot to be said in the creative industry, such as acting, for on-the-job learning and getting where you want to be in the acting industry is more to do with persevering rather than your qualifications.

“With this type of industry you have to be willing to get involved in everything.”

Claire, who has also appeared in season four of Line of Duty and The Woman in White, says she would encourage everyone to try their hand at acting.

“I loved having a role in Women in White last year. I had to wear corsets and period costume. It was filmed in the Mournes, Castlewellan and Narrow Water Castle. It is so exciting behind the scenes before we go on set, there is such a buzz.

“I really enjoy being an extra. It is an amazing experience to see how it all happens. I signed up through Extras NI and everything just spiralled from there. I have been doing this now for a number of years.

“My son wants to be an actor and has had a part as an extra on Derry Girls and wants to go to drama school in England,” she added.

The Castlewellan woman, who appears in the new season of Game of Thrones, which has been announced as its last, has watched 350 episodes of the show in a year.

She added: “This final season has only just premiered in America and will not come out until later this month.

“This is the first Game of Thrones season I have featured in, I am delighted to be a part of it.

“I know that so many of the actors who were involved in the filming fell in love with Northern Ireland while they were filming over here. The opening of the studio will be a huge boost for the area.”

Claire says as an artist she thinks news of the upcoming studio tour is “fantastic” and a huge boost for local tourism.

It is the first in a series of Game of Thrones Legacy projects announced by HBO last year.

Claire added: “I hope it will provide a lot of employment in the area. It will be a fantastic way to showcase authentic sets, costumes and props from all seasons of the series, including this upcoming eighth and final season.”