'Uptown Girl' Judith will be 'flying without wings' when Westlife tour! 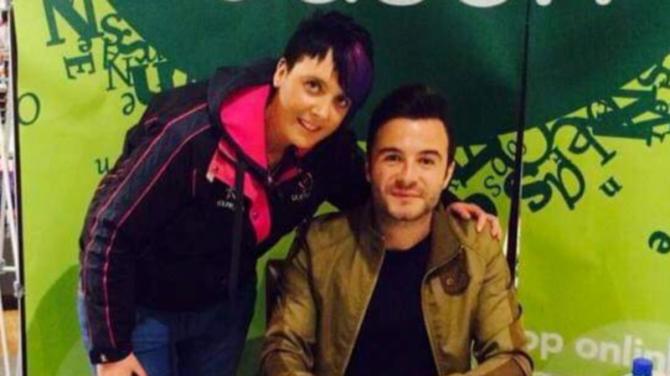 The senior hair stylist has been a “huge fan” of the Irish boy band from they first took to the stage 20 years ago.

Their concert was the first one that Judith’s mum took her to when she was aged just nine.

She has been hooked on the Irish singers ever since, with the hope that they would one day make her their ‘Uptown Girl’.

Her obsession with the band is so strong that even ‘More than Words’ show her dedication after she got a tattoo of the band on the back of her neck 10 years ago.

She has also swooned her way through 50 of their concerts before the band split six years ago.

Last October, Westlife announced they were getting back together and their 20th anniversary reunion tour kicks off in Belfast tomorrow (Wednesday).

Ahead of the concert tomorrow night that Judith is “absolutely buzzing” about, she spoke to The Outlook about her obsession and how it all began.

She said: “Twenty years ago when I went to their first concert I felt like I was in a different world and there was such a buzz about it all.

“In total I have been to 50 of their concerts and when they would perform in Belfast I would be there for the five nights at each show.

“I am going to tomorrow (Wednesday) night’s concert and the Saturday night concert too, which are both in Belfast and then I am going in July to Croke Park.”

Although Nicky is Judith’s favourite band member, when the band broke up she supported Shane and his solo career and met him a few times too.

“As well as getting my tattoo 10 years ago, I also did a bungee jump to their song ‘Flying Without Wings’ for charity,” she added.

The Dromara woman says when she heard the singers were reuniting she didn’t believe it at first as their break-up in 2012 felt “like a death” to Judith who was “traumatised” by the news.

“When they tweeted that they were coming back for a reunion tour, the notifications on my phone just blew up because everyone knows I am such a big fan.

“I have all their albums and solo albums and DVDs too and memorabilia from their concerts and my favourite concert was their farewell concert, which was very emotional.” she said.

Judith, who also admits to taking a spin in her car to outside the singers’ homes in Ireland when she is in the south of Ireland, thinks the band will come back “stronger and better than ever”.

She added: “I would go so far as saying I am their biggest fan! Even though I sound a wee bit like a stalker when I say I have driven to outside their homes”

“However, I can’t wait to see them again onstage and I know the best part will be when they first come out and countdown to 10!”