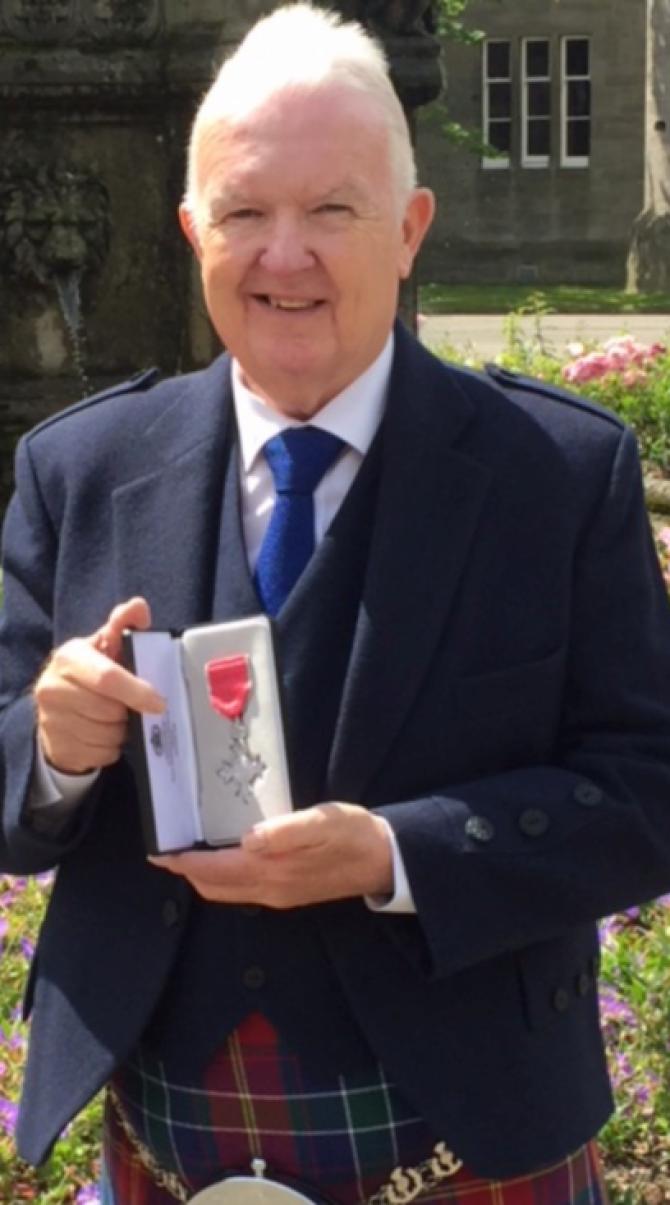 DREAMS became a reality for local man, Mervyn Herron when he was presented with his MBE by Her Majesty the Queen.

Mervyn was given the honour for his services to the Royal Scottish Pipe Band Association, having given more than 34 years to the association, shooting up the ranks from volunteer at first to a Northern Ireland representative on the National Council.

Raised from a farming background in Ballyward and once a pupil at Rathfriland High School, Mervyn has taken opportunities to travel far and wide through his music.

Escorted by limousine to the Palace of Holyrood last Tuesday, Mervyn (67) described the realisation that he would be meeting Her Majesty Queen Elizabeth as “totally surreal”.

“After a nice relaxing breakfast it was time to don the kilt which I have worn for so long,” he said.

Selected for the occasion was a tartan originally commissioned to be worn at the Belfast Tattoo.

“On entering, I was taken to the drawing room and my guests to the Long Gallery. Again I had to pinch myself, this is actually happening.

“We were called into line and begun the long walk. You turn the corner and there before you is the Queen,” said Mervyn.

“Once I stepped forward and bowed, she clipped the award onto my jacket. We had a few words about the work I did for pipe bands, and then of course the all-important handshake.

“I felt weak then, but it was splendid.”

Mervyn’s wife, Ann and daughter Deborah accompanied him to the ceremony, sitting two rows back and a mere 10 feet from the Queen herself.

He continued: “I was interviewed for Palace TV and we got the chance to take any pictures if we wanted.

“All-in-all it was everything I expected and more. I have not adjusted to it yet!”