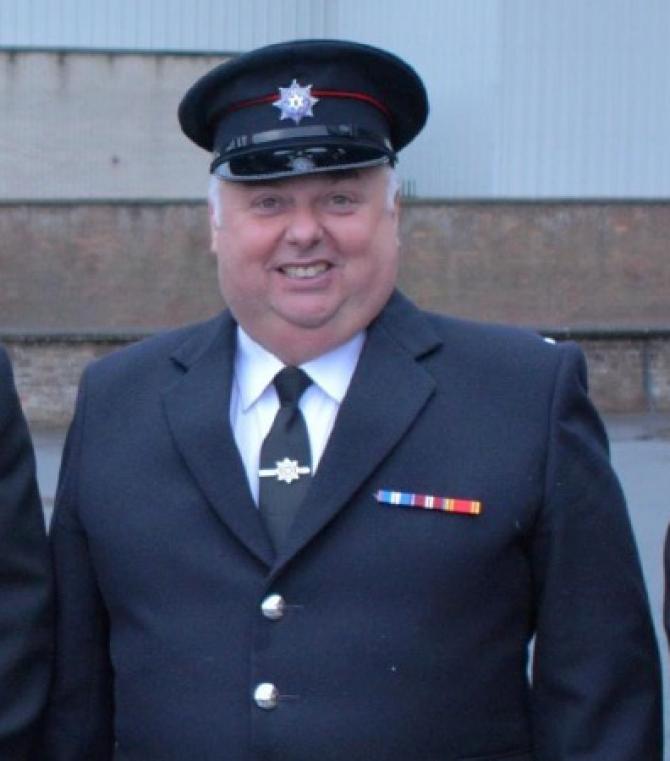 THE crew commander of Warrenpoint Fire Station has stepped down from the helm after over 34 years’ service.

Raymond Maloy, the longest-serving crew member of the local fire station, joined up for service on 6 January 1986 when he was aged just 19.

The Warrenpoint man is married to Joanne and the couple have two grown-up daughters, Niamh and Eimear.

Raymond was a firefighter for 10 years before he climbed the ladder and was appointed crew commander for the last 24 years.

He said: “I signed up in the January and was due to be getting married in August and I thought that by joining up it would be an extra job with more security.

“What started out as a job turned into a vocation and from the day I started there was just so much camaraderie and friendship, it is just like a big family.”

Raymond, who is also a stevedore at Warrenpoint Port, spoke about his time at the local station.

“The boys would have helped you out with anything and Warrenpoint is a very close-knit crew, just like every station has in the Southern Area Command.

“We worked together through the Troubles and of course there were some hard times and good times too and it was always a good job done if no-one got hurt.

“In later years I became a crew trainer and the service has gone from strength-to-strength.

“I remember just getting home from honeymoon and Killowen mountain was on fire and I drove the engine out to it and I was there for three days helping to battle it,” he said.

Raymond says everything he has done over the years has first and foremost been for his family.

“It is a fantastic career and I would recommend anyone to join, male or female and it just sets you up to deal with anything that life throws at you too.”

Due to the current lockdown surrounding the Covid-19 crisis, Raymond will celebrate his retirement later in the year with his former colleagues.

“Joanne and I have been doing our garden up and working around the house. We were supposed to be going away at the end of the month to Rhodes and a cruise in August with a former colleague and it is just one of these things that have to be postponed.

“Once lockdown restrictions are lifted then there will be something later in the year to mark my retirement and I will certainly now enjoy being able to spend more time with my grandchildren, Fiadh and Orlaith,” he said.